Quebec premier fears that a lengthy trial for SNC-Lavalin, and a potential 10-year ban on bidding for federal contracts, could lead to job losses in Quebec 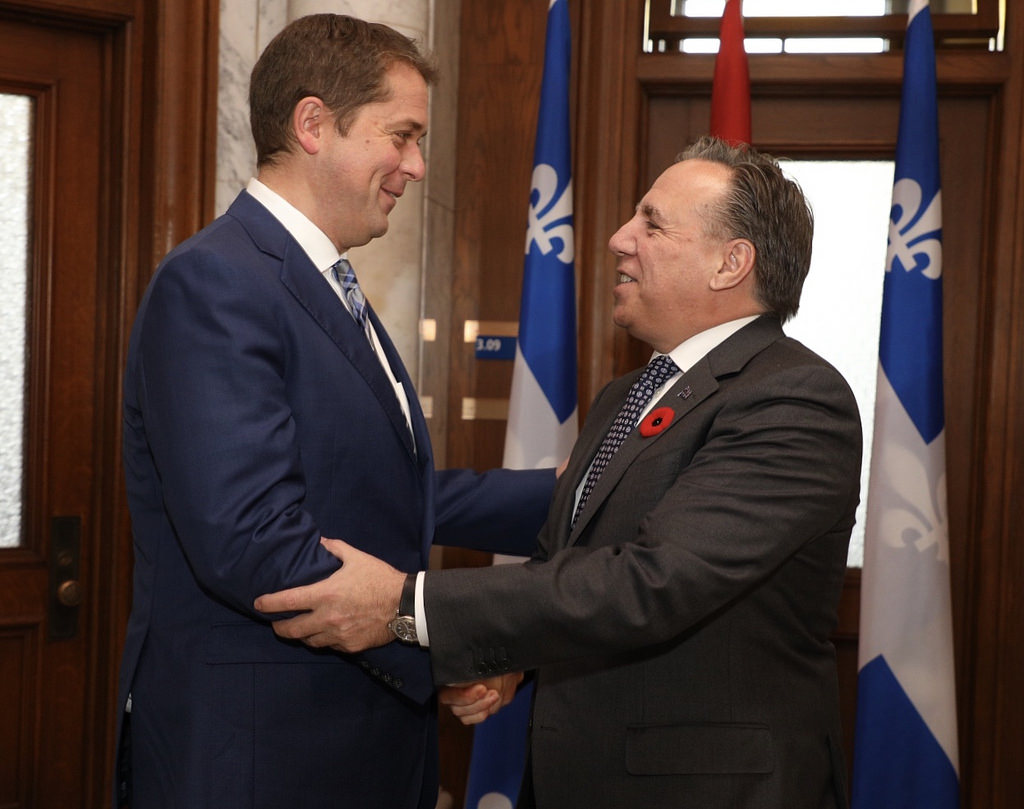 MONTREAL – A day after bombshell claims by Canada’s former attorney general that she was pressured to intervene in a criminal case against SNC-Lavalin, the Quebec premier expressed concern about potential job losses and the province’s political class hesitated to take sides.

While some politicians, including Conservative Leader Andrew Scheer, called for Trudeau’s resignation and for police to investigate, Quebec provincial politicians offered a more subdued reaction Thursday.

But he added that a lengthy trial for SNC-Lavalin, and the 10-year ban on bidding for federal contracts that would result from a conviction, could lead to the loss of many good jobs in Quebec.

“The situation is very worrying, the price of (SNC-Lavalin) shares has gone down, there is no controlling shareholder,” Legault told reporters. “If SNC-Lavalin can’t have public contracts for 10 years, if the trial lasts two, three years, in effect it creates big problems and big risks for jobs.”

He added that his government is already in discussion with SNC-Lavalin’s president and Quebec’s pension fund manager on how to save those positions.

On Wednesday, Wilson-Raybould detailed what she described as a relentless campaign from Trudeau, his senior staff, the top public servant and the finance minister’s office to have her direct prosecutors to reach a “remediation agreement” with the company so it could avoid trial.

Gaetan Barrette, a former cabinet minister with the Opposition Quebec Liberals, said that what he retained from the testimony was Wilson-Raybould’s acknowledgment that the pressure she experienced was not against the law.

“It’s not illegal, and if there were conversations of a political nature, they were about choice,” he said. “What I see in front of me is that there was a justice minister who was confronted with a choice.”

SNC-Lavalin has long been a source of pride in the province, despite having its reputation tarnished more recently by a series of corruption scandals. The company employs about 3,400 people in Quebec out of a total Canadian workforce of about 9,000, and the province’s pension fund manager is its biggest shareholder, with a roughly 20 per cent stake.

Prior to Wednesday’s testimony, Legault and opposition politicians had called on Ottawa to settle with the firm “as soon as possible” in order to protect jobs and the company’s corporate headquarters in Montreal.

But while Quebec public figures may appear sympathetic to Trudeau’s emphasis on protecting jobs, one political analyst said the prime minister shouldn’t expect too much support following Wilson-Raybould’s testimony.

Daniel Beland, the director of the McGill Institute for the Study of Canada, noted that the discussions, as described by Wilson-Raybould, appear to be more about politics than jobs.

In her opening statement, Wilson-Raybould described several conversations in which Trudeau, his senior staff, the finance minister’s chief of staff or the country’s top civil servant mentioned the Quebec provincial election campaign then underway and concerns over potential job losses at SNC if an agreement was not reached.

She said Trudeau himself raised the matter during a Sept. 17 meeting at which Michael Wernick, the clerk of the Privy Council, was also present.

She said that after Wernick warned that SNC-Lavalin could move its headquarters from Montreal if a settlement wasn’t reached, “the prime minister jumped in, stressing that there is an election in Quebec and that, ‘I am an MP in Quebec, the member for Papineau,’ ” Wilson-Raybould recalled.

Beland said it’s not clear why Trudeau and other officials would have been so worried about the provincial election, considering SNC-Lavalin was never a prominent campaign issue.

But Wilson-Raybould “stressed that the prime minister was very concerned about Quebec,” he said in a phone interview. ‘Not just jobs in Quebec, but Quebec – both what happened at the time at the provincial level, but also what could happen in the next federal election.”

Equally clear, Beland said, is that Quebec is central to Trudeau’s re-election strategy, as the party is banking on an NDP collapse to expand its seat count in the province and offset losses elsewhere. While much of the focus has been on the pressure Wilson-Raybould felt, he noted that Trudeau himself was likely feeling the heat from both SNC-Lavalin and the Quebec government.

Beland said that while Quebecers may have previously been more sympathetic to Trudeau, preferring a deal for SNC-Lavalin, he thinks Wilson-Raybould’s testimony could tip the scales in her favour. He noted that other players still need to be heard from, but he said Wilson-Raybould’s testimony has the potential to revive memories of another time the federal Liberals tried to interfere in Quebec politics – the sponsorship scandal.

An investigation into the sponsorship program, which was intended to increase the federal government’s presence in Quebec after the No side’s narrow victory in the 1995 sovereignty referendum, found that firms were winning contracts based on donations to the federal Liberals, with little work being done.

“I’m not saying it’s the same thing, but a scandal is a scandal, and if people start to perceive this as a major scandal, that’s not good for the Liberals, even in Quebec,” he said.