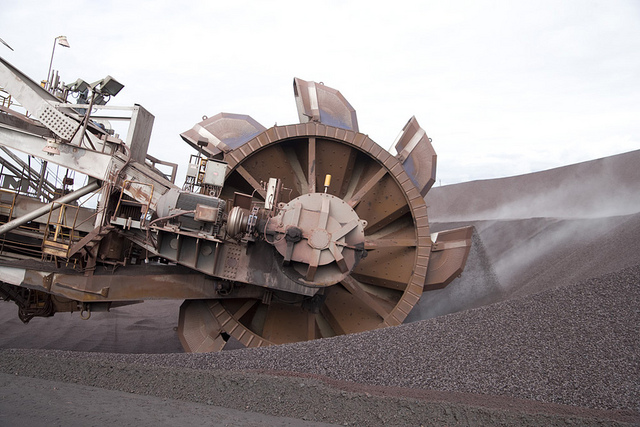 IOC expects to boost its production capacity to 23 million tonnes by the time it completes the expansion in the second half of 2018. PHOTO: Iron Ore Company of Canada

MONTREAL—The Iron Ore Company of Canada is moving forward with a $79 million expansion project at its sprawling iron mine outside Labrador City, N.L.

The expansion will see the Montreal-headquartered company development a new mining pit, known as Wabush 3.

IOC has spent several years surveying, planning and securing the regulatory approvals for the pit and says it will reduce operating costs, increase production and extend the life of its overall operation.

“This value-driven investment will deliver significant benefits for our business, employees and surrounding communities in Labrador West and Sept Iles for many years to come,” the company’s president and CEO, Clayton Walker, said.

“The Wabush 3 pit is IOC’s best option to access low-cost, quality ore and provides a compelling opportunity to make our business more competitive by reducing operating costs during a period of increasing iron ore price volatility,” he added.

The company, which is now majority-owned by global mining giant Rio Tinto, first established itself in the region in the 1960s. It produces approximately 18 million tonnes of iron ore concentrate per year and employs about 2,500 people in the remote southwest Labrador near the Quebec border. In addition to the mine itself, it owns a pelletising plant in Labrador City and rail link to the deep-water port in Sept-Îles, Que.

Along with Rio Tinto’s 58.7 per cent stake in the business, Mitsubishi owns a 26.2 per cent interest and the Labrador Iron Ore Royalty Income Corp. owns the remainder.

IOC expects to boost its production capacity to 23 million tonnes by the time it completes the expansion in the second half of 2018.

It plans to begin construction within the next few months.