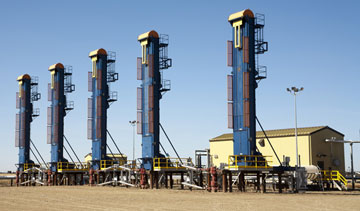 Husky Energy issued pink slips to 400 people arriving for work at the downtown Calgary office on Feb. 9, but there could be many more when cuts once their other locations are included.

These layoffs are coming just a few months after Husky eliminated 1,400 jobs in October.

At that time, more than 1,000 of those jobs were contractors but nearly 300 were full-time employees in the Calgary office.

He says the company is taking the steps necessary to ensure the company’s resilience “through this cycle and beyond.”

He declined to provide specific numbers but says the staff reductions were across the company’s operations.