Huge tax breaks not enough to save Tolko mill

Jim Scott, Mayor of The Pas, Man., offered Tolko Industries about $2.5M in tax breaks but couldn't change the company's decision to close the mill 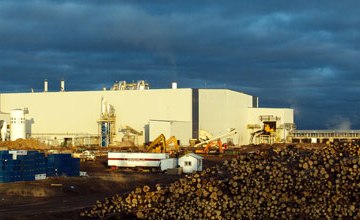 THE PAS, Man.—A last-ditch offer to save hundreds of jobs in The Pas has failed, at least for now.

Earlier this week, Mayor Jim Scott offered to exempt Tolko Industries from business, property and education taxes for three years if the company would delay the planned closure of the town’s paper mill.

That would have saved the company roughly $2.5 million.

But Scott spoke to company officials on Thursday morning and said they don’t seem willing to budge on their decision to close the paper mill on Dec. 2.

Scott said the company did ask if they could forward the offer on to potential buyers for the mill.

The mayor said he’s still hopeful they can find a solution, and hopefully new ownership for the mill.

“I think I need to be optimistic,” he said. “It’s important we don’t just turn our backs on everything and say `oh well we tried.’ There’s lots more we can do.”

Scott said a consultant is working with them on potential options over the next few weeks.

More than 300 people will be out of a job if the mill closes as planned.

Tolko has said the mill is no longer financially viable.