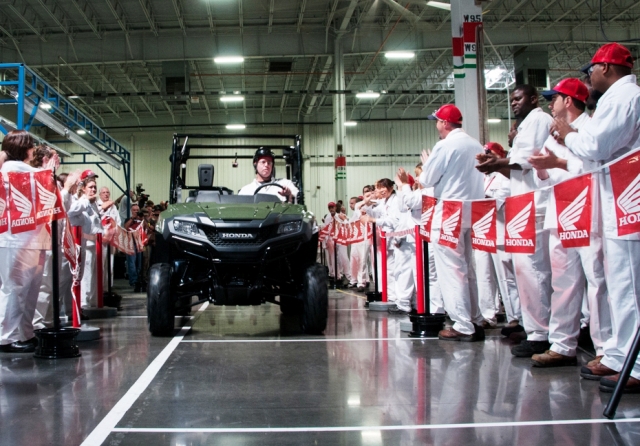 The company launched production of the pioneer side-by-side at the South Carolina plant in 2013. PHOTO: Honda

TIMMONSVILLE, S.C.—Honda Motor Co. is gearing up for a $45 million expansion project at its side-by-side plant in Timmonsville, South Carolina.

The Japanese automaker said late last week it will add 115,000 square-feet of floor space to the facility, which makes a side-by-side off-roader known as the Pioneer.

“With the continued rapid growth of the side-by-side market, Honda is focused on creating an even more flexible and efficient production facility to meet that increasing customer demand,” Gary Mabrey, president of the company’s South Carolina subsidiary, said.

The company said the investment will cover expansions to the plant’s paint, welding, material service and final assembly areas.

The project is expected to create 250 jobs in the South Carolina city north of Charleston.