Ontario-born Cameron, who directed blockbuster films The Terminator, Aliens, Titanic, and Avatar, said that once fully operational the plant will become the largest organic pea protein facility in North America 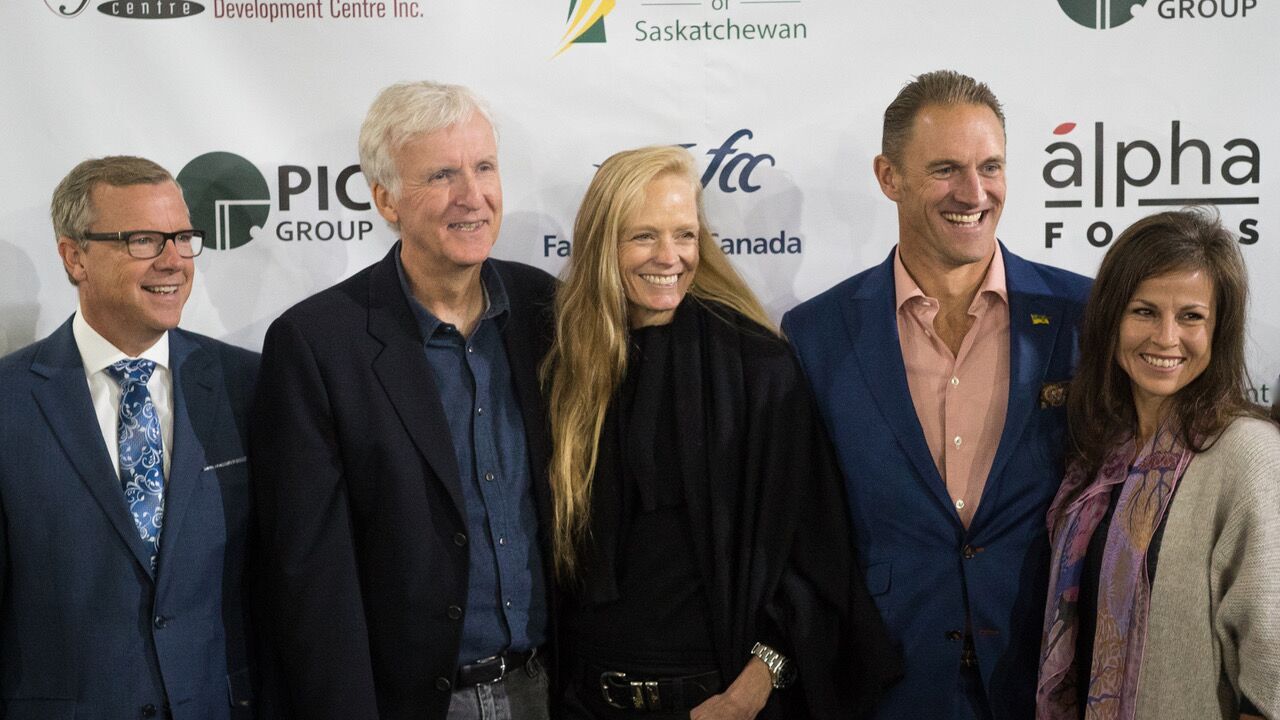 VANSCOY, Sask.—Oscar-winning Hollywood director James Cameron was in the heart of the Prairies, pushing protein from plants and suggesting people eat less meat or dairy.

Cameron and his wife, former actor Suzy Amis Cameron, are investing in an organic pea-processing plant in Vanscoy, a village southwest of Saskatoon.

The couple has formed Verdient Foods to handle 160,000 tonnes of organic pea protein.

The director said Sept. 18 that it’s a wise business move to be in the plant protein sector as eating habits change.

“I’m sympathetic to all farmers. My grandfather’s farm where I spent my summers was a small diversified farm, but he had his dairy herd and I grew up milking cows,” said Cameron, who was born in Ontario.

“But what medical science and environmental science is showing us now, that collectively, globally, we’ve got to eat a lot less meat and consume a lot less dairy simply because of the efficiency of getting protein off of an acre of land … So if we’re going to feed the world as the population grows toward, call it nine billionish, we need to change our consumption patterns and that’s already happening.”

He said animal agriculture heavily pollutes waterways and the air, “and frankly we can live without it—we won’t, so those guys are safe for a while.”

“But it’s very important for us … as a civilization (to) shift our focus to that expanding wedge of plant-based proteins,” he said.

“I tried not to throw them (cattle producers) under the bus. I think they got a little under the bus, but at least I didn’t back over them four or five times like I would if I had two or three beers.”

The director behind the blockbuster movies “Titanic” and “Avatar” said he and his wife initially came to Saskatchewan to look at doing some organic farming and got turned onto the business opportunity.

Amis Cameron, who is an environmental advocate, said they started exploring the idea of a pulse-processing plant three years ago. She said she was amazed by how “progressive” Saskatchewan was the first time she stepped foot in the province.

“Both of us are so excited about working here for years to come, decades to come, with smart, conscientious, innovative people who care about the Earth,” she said.

Cameron said that once fully operational, the plant will become the largest organic pea protein facility in North America.

The aim is to develop value-added organic food products that will be produced by Canadian and global companies using ingredients from the Verdient plant.

The Camerons have also entered into a four-year research contract with the non-profit Saskatchewan Food Industry Development Centre.

They plan to work with Saskatchewan farmers in a mentorship program that is profitable and keeps younger generations of Canadian farmers engaged in organic farming.

Cameron wouldn’t reveal how much money the couple has invested in the pea plant, but said “it’s big, but we believe more than worth it or we’d be dumb.”

“Movies come and go and they’re relatively quickly forgotten, but this is something that’s lasting … we also see it as just the start of a bigger vision for the development of food products.”