Did the federal government postpone the budget by several months to sell the GM shares during this fiscal year? 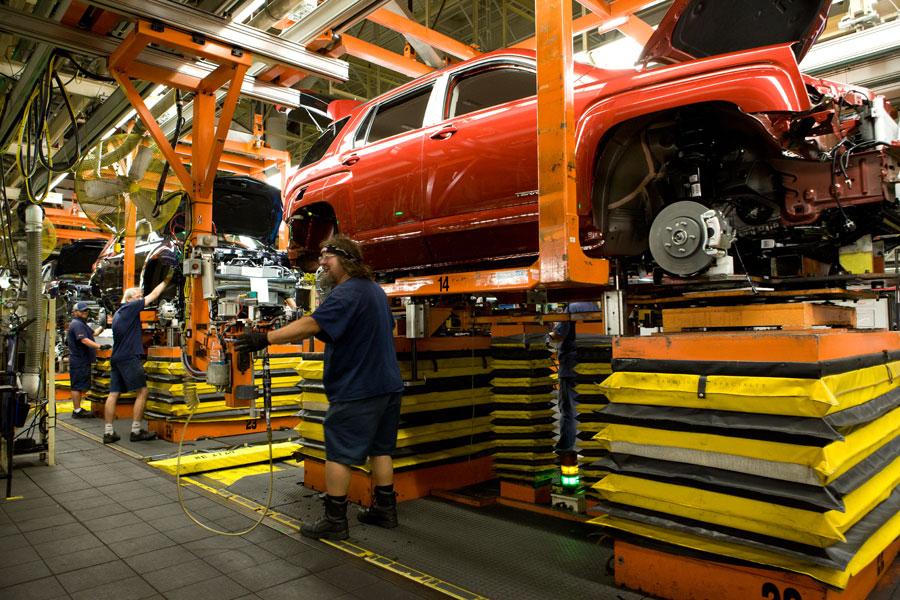 Proceeds from the sale of GM stocks will be recorded on the April 21 budget’s bottom line. PHOTO GM

OTTAWA—The Harper government has unloaded its multibillion-dollar stake in General Motors, tapping into a stockpile of cash that could help it overcome the oil slump and fulfill its key promise to balance the election-year budget.

The government sold nearly 73.4 million shares in an unregistered block trade to Goldman, Sachs & Co., the Finance Department said in the evening of April 6.

Taxpayers’ stake in the automaker was worth more than $3.3 billion at the time of the sale, based on a US$36.66 price at the close and an exchange rate of $1.2473. But it’s unclear exactly how much the sale will go to Ottawa’s bottom line.

Ottawa needed to make $4 billion in proceeds from its remaining shares to break even on its original 2009 investment, which was part of the effort to bail out then-sputtering GM.

The Finance Department has said the government initially booked the value of the GM stock at about $1.1 billion. The net gain or loss from a sale would be the total proceeds minus the book value, a department spokesman said.

That would provide a net gain of $2.2 billion if the shares were sold at the current market valuation of about $3.3 billion.

A sale of $3.3 billion would also leave the government $700 million short of breaking even on the original investment.

The sell-off comes as the Conservative government searches for ways to live up to its crucial promise to balance its books in 2015-16, a long-running pledge that appeared at risk of remaining unfulfilled amid the negative economic impacts of the global oil slump.

Even though lower crude prices are expected to indirectly carve billions of dollars out of federal coffers, the government has repeatedly insisted it will eliminate the deficit in the April 21 budget.

Following through on the pledge will be central to Tory re-election fortunes in the October vote.

The sale also comes only a few days after the start of the 2015-16 fiscal year, which means proceeds will be recorded on the upcoming budget’s bottom line.

The unexpected oil-price plunge forced Finance Minister Joe Oliver to take the rare step of delaying the budget, which is usually delivered in February. Oliver has said his department needed more time to assess the market instability created by the oil shock.

Did the federal government postpone the budget by a couple of months in order to sell the GM shares during the 2015-16 fiscal year?

“But whether or not they made that decision to delay the budget in order to do that is a question I think you’d have to ask Minister Oliver.”

Bartlett said many analysts had speculated the government would sell its GM shares soon.

The sale will help Ottawa achieve its balanced-budget goal, he added.

“This is going to take a large chunk out of the deficit,” Bartlett said.

Last fall, the government predicted a $1.6-billion surplus for 2015-16, but crude prices fell even further in the months that followed.

Oliver has even acknowledged achieving balance may mean dipping into Ottawa’s $3-billion contingency reserve, which was set aside for unforeseen circumstances.

He made no mention of the government’s quest to balance the books in an April 6 statement to announce the deal.

Oliver said the sale means GM has returned to private-sector ownership and taxpayers are no longer exposed to the market. Ottawa had long reiterated its intention to eventually unload the shares.

“Our investment in GM was always meant to be temporary,” Oliver said.

“We never believed the Government should be a shareholder of a private sector company for an indefinite period of time.”

The government news release said more details about the sale will be made available in the coming days.

Canada was the only North American government still holding stock in GM. The province of Ontario sold its remaining GM holdings in February, while the U.S. government sold the last of its stake in December 2013.

Some have urged the government to hang onto the automaker’s stock, including the union that represents 7,000 GM workers in Ontario

Unifor economist Jim Stanford has said the value of the shares could continue to rise. He’s also said that by keeping the stock, the government would be ensured a seat at the company’s table.

Through repaid loans and earlier sales of GM shares, Ottawa has already recouped about $3.2 billion of its initial $7.2-billion contribution to the auto bailout, the Finance Department said.