Acadian Maple products' CEO said a U.K. distributor cut a $200,000 order in half two days after the Brexit vote, but doesn't think its a trend 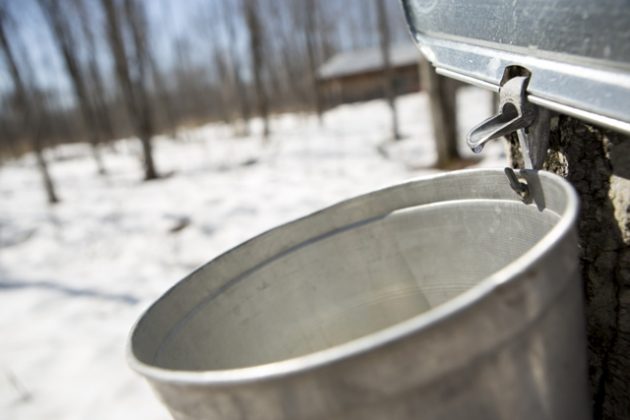 HALIFAX—The loss of $100,000 in sales in the aftermath of the Brexit vote was disconcerting, but likely not the start of a trend, says a Halifax-based maple syrup processor.

Brian Allaway, president of Acadian Maple products, said Friday that his company’s U.K. distributor cut a $200,000 order in half two days after that country voted to leave the European Union.

Allaway said while the move was disappointing, he understands the distributor is being cautious because of uncertainty around the plummeting British pound—which hit its lowest level in more than three decades earlier this week.

“It makes perfect sense,” said Allaway. “I think we’d be doing exactly the same thing if it was reversed.”

Despite that, he said he was recently told the distributor is preparing to make another order soon because demand hasn’t fallen.

Allaway said about 60 per cent of his company’s exports go to the E.U., although most of his sales, about 85 per cent, are made in the Maritimes.

He said the strong business at home acts as insulation for a company that has worked hard to diversify its sales.

“We export to about five or six different countries,” said Allaway. “They (U.K.) are a significant player in the export business for us but they are certainly not the only one.”

Allaway said the company has recently received a significant order from Iceland, which experienced a drastic financial collapse in 2008. With that in mind, he expects his business in the U.K. to pick up, given a little time.

“They (Iceland) had their own problems years ago and they’ve rebounded nicely,” he said.

Economists have warned businesses to expect short-term market volatility because of the Brexit vote, but have also said that trade between the U.K. and Canada, which is small, shouldn’t be overly affected.