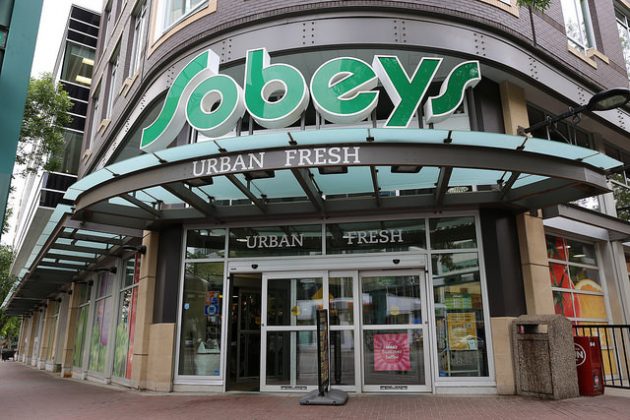 One of Canada’s largest grocers outperformed analyst expectations in its latest quarter as the once-struggling chain increased its market share and marked the halfway point of its multi-year transformation plan.

“We are gaining traction,” said Michael Medline, Empire Co. Ltd.’s chief executive, during a conference call with analysts Thursday after the company released its second-quarter results.

Analysts on average had expected a profit of 32 cents per share, according to Thomson Reuters Eikon.

The company saw its highest same-store sales, a key retail metric, in 15 quarters, Medline said. It rose 2.5 per cent – excluding fuel. Sales totalled $6.21 billion for the 13-week period, up from nearly $6.03 billion a year ago, boosted by higher fuel prices.

Empire also saw its second consecutive quarter of tonnage growth at 1.7 per cent, he said.

“It’s here there and everywhere,” Medline said when asked where the company is taking market share and from which competitors

The company is performing better in almost every area of its business, he said, and all the regions are starting to pull their weight.

“It’s just good, consistent performance across the country,” he said. That includes the Western region where the company is seeing much better performance despite a challenging economy.

Empire is pleased with the progress it’s making on all its strategic initiatives, he said.

It’s halfway through so-called project sunrise. The project was launched in May 2017 and aims to create $500 million in annualized benefits by the end of the company’s 2020 financial year. The company is more confident than ever this quarter to achieve that target, Medline said.

He also noted progress in Empire’s recent acquisition of Farm Boy, which he expects will help grow the company’s presence in certain markets; as well as plans to build a robotic fulfillment centre for home delivery orders, and to roll out more FreshCo discount stores in the West.

Still, the company has a long way to go to reach its full earnings potential, he said, warning employees not to get ahead of themselves.