The investment, which has earned GM up to US$3 million in tax incentives, covers technology upgrades to the Kentucky plant's assembly line processes 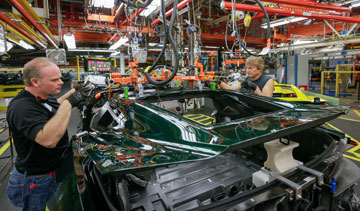 The investment announcement was made by Gov. Matt Bevin’s office in Frankfort.

To encourage the investment, Kentucky officials recently gave preliminary approval for GM to qualify for up to $3 million in tax incentives, based on the level of investment and job creation.