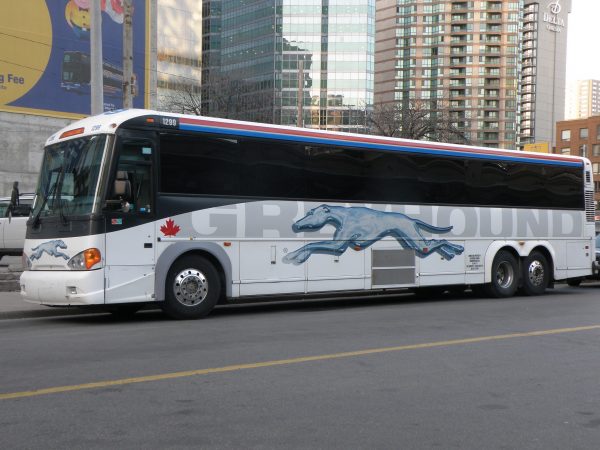 CALGARY – A hodge-podge of public transportation services are already starting to fill the gap as Greyhound Canada moves steadily towards its midnight Halloween disappearance from most of Western Canada.

The venerable national motor coach operator is being replaced by a mix of provincial government-subsidized services, Indigenous-owned bus lines, locally owned startups, flexible fleets of shuttle buses and a scattering of formal and informal ride-sharing services.

And passengers aren’t waiting for the last Greyhound next Wednesday to check out new options – according to Stuart Kendrick, senior vice-president of Greyhound Canada, ticket sales have already fallen off to the point that some route frequencies are being reduced.

“Demand is quite low as we run into this last week or 10 days,” he said in a recent interview.

“You’ve got single-digit riderships on the schedule that we have left throughout Western Canada, so that’s probably about a 50 or 60 or 70 per cent decline based on what corridor you look at.”

The company plans to stop selling tickets on long-distance routes a few days before the buses stop running to help ensure passengers aren’t left stranded and holding the unused half of a two-way ticket, Kendrick said.

The loss of Greyhound spells opportunity for Regina-based Rider Express, a company that began operating a handful of 15-passenger minibuses on inner-provincial routes shortly after government-owned Saskatchewan Transportation Company shut down its bus services in the spring of 2017.

Rider has acquired five full-sized 50-seat buses and plans to begin passenger service on a Vancouver-Calgary-Winnipeg route on the Trans-Canada Highway this week, followed in November by a Highway 16 route linking Edmonton and Saskatoon, said manager Shauna Hardy. Both routes will directly replace Greyhound routes.

The interest from Saskatchewan residents has been “overwhelming,” she said, adding the company is being asked to take on more routes but has so far declined.

Late last May, Calgary-based Pacific Western Transportation was hired by the province of British Columbia to operate its BC Bus North service after Greyhound cancelled service to communities including Prince Rupert and Dawson Creek.

Greyhound’s announcement in July that it would exit almost all of Western Canada convinced the company to offer its own inter-city services in B.C. for the first time, said John Stepovy, director of business development. He added the company is also expanding its Alberta offerings.

He said he thinks his company can provide the hub in a hub-and-spoke business model as Greyhound closes — it’s already in discussions with operators of small-scale shuttle bus and transit operators about establishing connections with his firm’s routes.

“Overall, long-term, where the needs are, where there’s demand, we would anticipate voids will be filled but it could take a little bit of time for those things to shake out once the landscape changes,” Stepovy said.

“Discount airlines coming in will probably take on some of that longer-haul (Greyhound demand),” he said. “For bus travel, That one-to-five/six-hour travel time is kind of in the sweet spot.”

He added “disruptors” – new travel options such as Poparide, an app that matches passengers with drivers who happen to be going to the same destinations – are also expected to fill the gap.

Indigenous-owned charter service Kelsey Bus Lines is being renamed Mahihkan Bus Lines and has announced plans to offer daily passenger routes from Thompson and Flin Flon in northern Manitoba to Winnipeg, as well as freight service.

In Alberta, the provincial government has launched pilot programs at a cost of $2.8 million to help five rural municipalities start inter-city bus services. One, centred on Camrose, about 100 kilometres south of Edmonton, has already started and the others are expected to begin over the next three months.

The fragmented inter-city transportation model that is emerging can be a positive change, said Barry Prentice, professor of transportation economics at the University of Manitoba’s Asper School of Business.

Greyhound likely failed in Western Canada in part because its costs were too high and it lacked the flexibility to respond to changing markets because it carried freight as well as passengers, he said.

“As long as they were in the market, it was hard for anyone else to come in. Now that they’re gone, it creates an opportunity,” he said.

Most new services are planning to pick up and drop off passengers at hotels, gas stations or tourist information centres. Prentice said that means they won’t be burdened with the costly terminal network Greyhound had to maintain.

Kendrick said shutting down all routes from northern Ontario to the West Coast involves a “significant cost’ to Greyhound Canada.

He said it’s expected to take several months to sublet its leased real estate and sell its few owned facilities, which include maintenance shops in centres such as Edmonton, Red Deer, Prince Rupert, Prince George and Winnipeg.

The company is laying off about 420 employees. It will move 70 or 80 of its 110 western buses to its ongoing operations in Eastern Canada and sell or scrap the rest.

A Seattle-Vancouver route operated by Greyhound U.S. will continue to use a Vancouver terminal leased by the Canadian arm. Kendrick said the company plans to ask other bus companies to come in as tenants to fill unused capacity there.