Fortis to buy B.C.’s Waneta Dam from Teck Resources for $1.2B

The Newfoundland-based utility will buy a 66 per cent stake in the 496-megawatt hydro project that powers Teck's smelting plant in Trail, B.C. 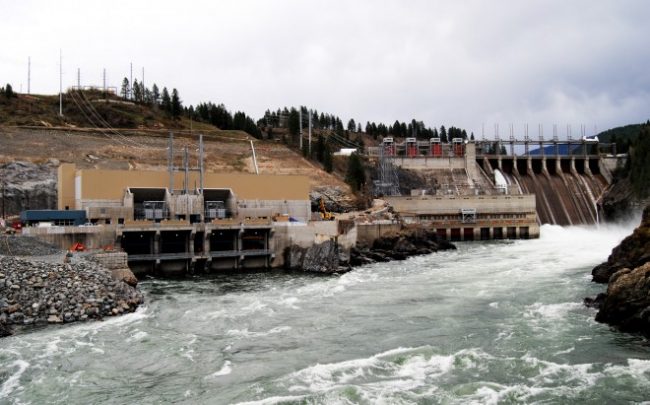 VANCOUVER—Fortis Inc. is adding to its West Coast hydroelectric portfolio with the purchase of a two-thirds interest in a dam outside Trail, B.C.

The Newfoundland-based utility said May 12 it has reached an agreement with Teck Resources Ltd. to buy the Canadian mining firm’s majority stake in the 496-megawatt Waneta hydro project for $1.2 billion in cash.

“Waneta is a high-quality, renewable energy facility located in an area central to our BC operations, making this acquisition a natural fit with our strategy to increase our investment in sustainable energy,” Barry Perry, Fortis’ president and CEO, said in a statement.

The dam is located on the Pend d’Oreille River in south-central B.C. and is just a few hundred metres from the U.S. border.

Teck has used the hydro project to power its extensive zinc and lead smelting operations in Trail. As part of the deal with Fortis, Teck will continue to buy power from the facility under a 20-year lease.

The miner says the deal will improve its balance sheet and give it access to capital it can reinvest elsewhere.

Along with clearing customary closing conditions, the deal will also need certain approvals from BC Hydro, which owns the other one-third of the project. Under the Waneta project’s 2010 co-ownership agreement, BC Hydro has right of first offer with respect to the sale of Teck’s portion of the project; Teck will be forced to pay a break fee with Fortis is the crown-owned utility exercises this option.

The two companies expect the deal to close by the end of the year.