The federal, Quebec provincial, and local municipal governments are replacing the Gouin Bridge in Saint-Jean-sur-Richelieu Que. with a new crossing 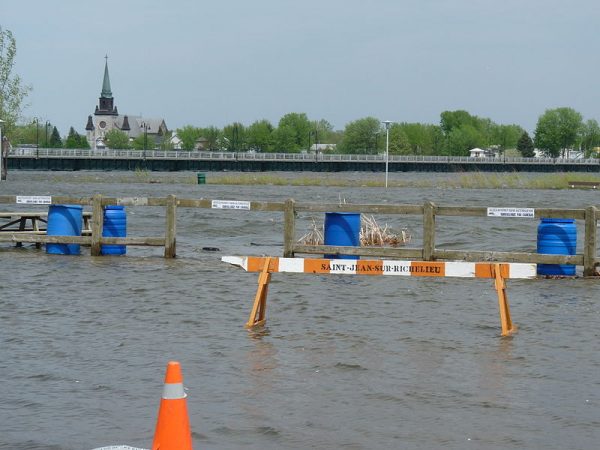 The new Gouin Bridge will be built beside the existing crossing
PHOTO: Pierre cb via Wikimedia Commons

SAINT-JEAN-SUR-RICHELIEU, Que.—Officials announced Feb. 6 the start of construction on a new Gouin Bridge in Saint-Jean-sur-Richelieu Que., 40 km southeast of Montreal.

The project involves building a new crossing slightly north of the existing Gouin Bridge. This new bridge will have two lanes in each direction, shoulders, sidewalks and a two-way bike path.

The total project cost is $126.3 million. The Quebec government will provide $94.3 million, the City of Saint-Jean-sur-Richelieu will contribute $26 million, and the federal government is providing $18.6 million through the Building Canada Fund. $120,000 is also expected from Parks Canada.

Work will begin in the upcoming weeks. The existing bridge will remain open to traffic until the new bridge has been built, to accommodate the approximately 20,000 vehicles that use it daily.

“Upon completion of the work, the population of Saint-Jean-sur-Richelieu and neighbouring areas will be able to use a modern, fully functional and sustainable structure for at least the next 75 years,” said Lucie Charlebois, Quebec minister for Rehabilitation, Youth Protection, Public Health and Healthy Living.