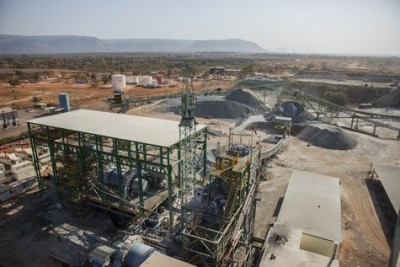 Endeavour’s Tabakoto Gold Mine in Mali, nearby the Karma mine in Burkina Faso. PHOTO: Endeavour Mining

VANCOUVER—Endeavour Mining Corp. has reached a friendly deal to acquire Vancouver-based True Gold Mining Inc. and take control of a new mine that’s preparing to pour its first gold within a matter of weeks.

Through True Gold, Endeavour would acquire a 90 per cent interest in the Karma mine in Burkina Faso.

Endeavour says the acquisition would increase its gold production by about 110,000 to 120,000 ounces a year in the first five years.

The company is offering to exchange 0.044 of a common share for each True Gold share. In a separate but related deal, it would provide US$15 million to True Gold through a loan.

Based on Thursday closing prices, the offer was worth about 57 cents per share and values True Gold at about $240 million.

Endeavour’s offer is supported by La Mancha Holding, which owns about 30 per cent of its equity.

The deal is conditional on support from at least two-thirds of the votes cast at a True Gold meeting expected to be held in April as well as a simple majority of shareholders at an Endeavour special meeting to be held the same day.

Endeavour says the Karma mine is expected to pour its first gold at the end of March or early April.