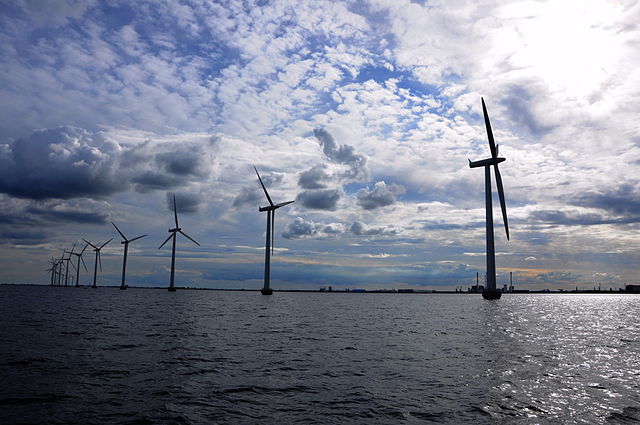 A subsidiary of the renewable arm of state-owned French utility giant Électricité de France S.A. (EDF), EMF is working to develop three wind farms off the French coast. Following the $282 million purchase, Enbridge and EDF will each own half of the French wind development firm. Denmark’s Dong Energy held the 50 per stake previously.

“This is a unique and strategic opportunity for Enbridge to further grow our investment in renewable power and build on our existing presence in European offshore wind generation,” Al Monaco, Enbridge’s president and CEO said.

Monaco said the investment will diversify the company’s holdings and provide “attractive returns” once the wind farms become operational.

The three sites—two located in the English Channel and one along the Atlantic Coast off Saint-Nazaire—will each have a nameplate capacity of at least 450 megawatts. Together, the plants will produce 1,428 MW of electricity. Following years of planning, the projects are now at the advanced stage of development, though several regulatory hurdles remain before construction can begin. If the projects move forward, Enbridge said it expects to begin construction gradually by 2017 and continue through 2022.

Enbridge expects to invest up to $4.5 billion in the work if the projects reach the development phase.

Already partners with EDF’s renewable energy arm on four onshore wind farms in North America, the new projects will grow Enbridge’s footprint in Europe’s offshore market. The company took its first step into the industry last year, buying a 24.9 per cent stake in the Rampion wind project off the coast of Brighton, U.K.

The purchase of the 50 per cent stake in EMF is expected to close by the end of May.