Doug Ford says he has no national political ambitions, focusing on Ontario 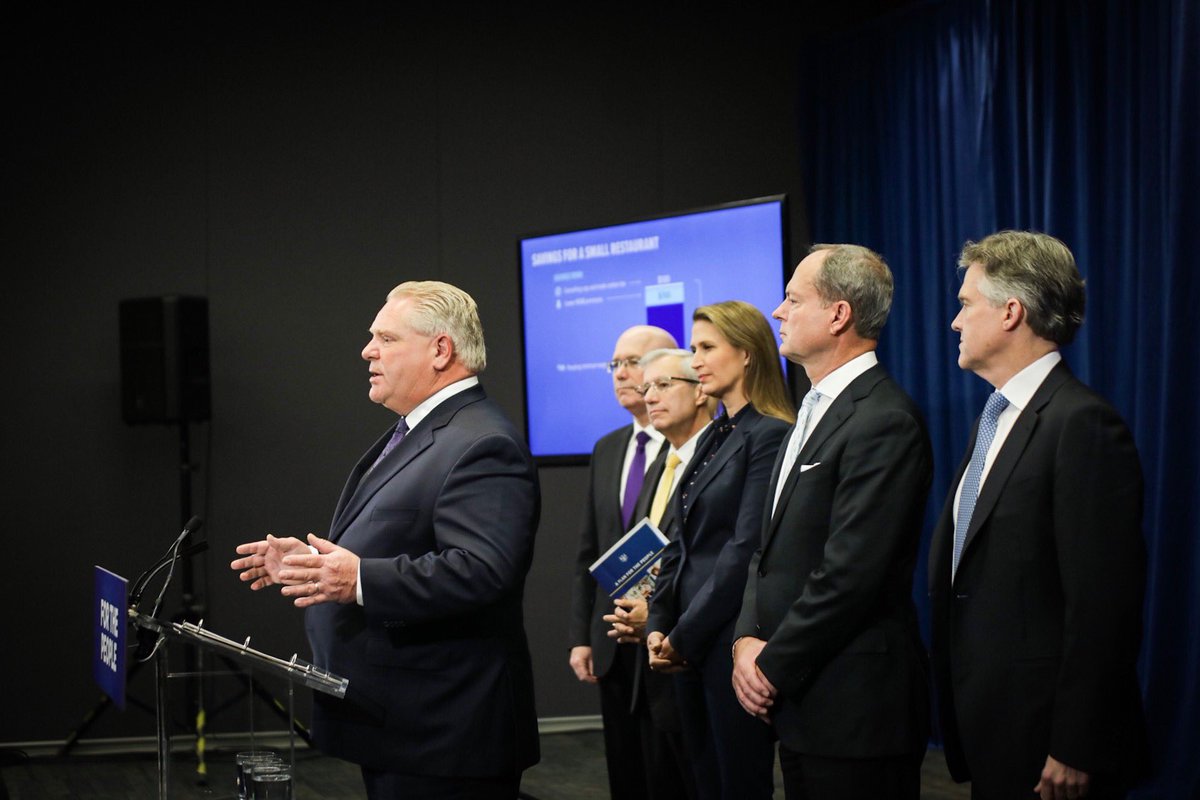 The Progressive Conservative leader, who has launched repeated attacks on Justin Trudeau and his Liberal government, said Tuesday that he had no national political ambitions and is committed to leading the province.

“I’m zoned in on this province, nothing else,” the premier told reporters. “Not federally, nothing but fixing the financial mess that we inherited.”

Ford was asked about his political aspirations after he called on Trudeau, ahead of Wednesday’s federal fall economic update, to stop a plan to impose a carbon tax on provinces without their own carbon pricing system.

The premier has been working actively to build a national coalition of provincial leaders to fight the carbon tax, recently meeting with Saskatchewan Premier Scott Moe and Alberta Conservative Leader Jason Kenney to discuss the issue.

Ontario has also launched a legal challenge against the tax, which is likely to feature prominently in next year’s federal election campaign.

Federal Conservative Leader Andrew Scheer, meanwhile, has faced questions about whether Ford was overshadowing him on matters of importance to the national Conservative cause – inquiries he has shrugged off by saying he and Ford have common goals.

The federal minister of intergovernmental affairs has suggested, however, that Ford has significant influence over Scheer.

Ford, who took power in June, said Tuesday that he was open to working with Trudeau as long as the prime minister wanted to work with him.

“I’m not gunning for him,” the premier said. “He has his differences, I have mine. At the end of the day we want to do the best thing for Ontario and I think we’ll come to a good conclusion here.”

Ford struck a decidedly more combatitive tone over the weekend, when he and Scheer addressed a Progressive Conservative policy convention.

“We’re putting the prime minister on notice,” Ford said during a speech at the convention. “We’ve already taken (Former Liberal Premier) Kathleen Wynne’s hands out of your pockets. And Justin Trudeau, you’re next.”

Ontario’s interim Liberal leader, John Fraser, said Tuesday that Ford’s criticism of the federal government has diverted attention away from addressing the needs of Ontario’s health and education systems.

“If he said no, he said no,” Fraser said of Ford’s political aspirations. “It just took him awhile to say that. The thing is the government needs to focus on building up things for family.”