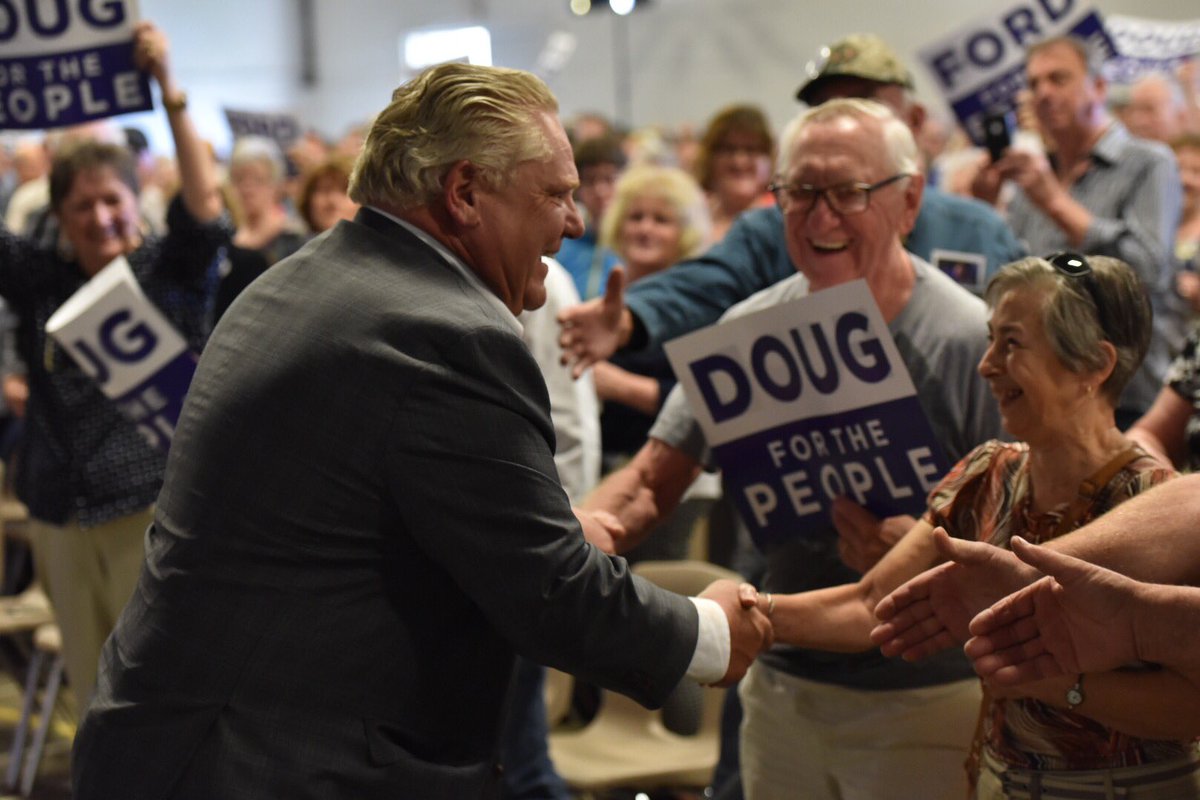 MISSISSAUGA, Ont.—Progressive Conservative Leader Doug Ford, portrayed by the governing Liberals as a wealthy man who doesn’t care about average people, announced Thursday he would cut taxes for the middle class if he’s elected premier in the June 7 election.

Ford says his plan—which would only kick in during the third year of a Tory government—would save those earning between $42,960 and $85,923 annually a maximum of $786 per person.

Those on the higher end of the tax bracket would see the largest savings, while those on the lower end would see savings of under $200 a year.

The measure, which would reduce the tax rate for those in that bracket by 20 per cent, would result in a nearly $2.3 billion drop in provincial revenue, Ford said, noting that his government would implement the plan “responsibly.”

“We have a very simple theory,” he said. “Put money back into the taxpayers’ pocket instead of the government’s pocket, because we believe that the taxpayers are a lot smarter at spending their money than any government.”

“I call it that because he claims it’s a gift to the middle class. But then you open it up and discover there’s an ugly surprise: The benefits overwhelmingly flow to the richest among us,” said Kathryn McGarry, the Liberal candidate for Cambridge.

Vic Fedeli, who has been the party’s finance critic, said a Tory government would cover the revenue drop resulting from the tax cut by finding “efficiencies” in the provincial budget.

“We have to go in line by line by line and look at every single agency, board and commission and look for efficiencies without cutting people,” he said.

“Doug Ford is campaigning on slogans, he is not explaining to people what it means when there is less money available to invest in health care, to invest in education,” she said.

“He’s going to give with one hand and take away with the other,” Horwath said at a campaign stop.

“What (Ford) needs to do is be honest about what those cuts are going to look like. His plan is one that’s not up front and it’s worrisome to me that he’s not prepared to talk about exactly what is going to happen to everyday families.”

“We believe (in) getting input from the nurses, input from the doctors and them telling us how to deliver healthcare more efficiently,” he added, noting that he had tapped former Humber River CEO Dr. Rueben Devlin to lead PC health care policy.

Ford’s latest tax cut pledge comes after he announced last month that he would introduce a tax credit for Ontarians earning minimum wage, ensuring they would not have to pay any provincial income tax.