Credit unions, a member-owned banking model, are shifting from the remaining differentiators, including that they're provincially-based 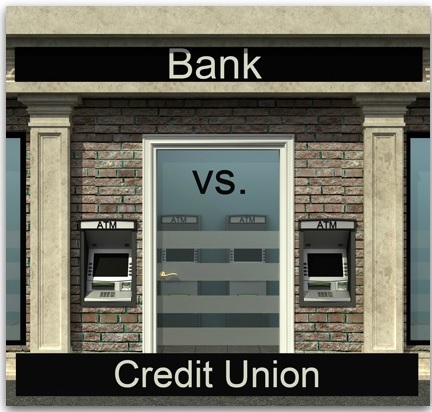 TORONTO – Distinctions between credit unions and private banks are fading as online banking, changing regulations, and competition have changed the retail banking landscape, but a few fundamental differences remain for those undecided between the two.

Credit unions, a member-owned banking model, once had the advantage on value, while the greater resources of banks offered convenience and scale. However, both sides have recently pushed deeper into the other’s turf, said Tom Drake, founder of financial advice website MapleMoney.

“I think the lines are getting blurred quite a bit now. It used to be that credit unions were sort of the one place to get what you can count on being a good deal, but with offers like Tangerine and Simplii Financial and even EQ Bank, it’s getting a little harder to see that difference.”

While Scotiabank’s Tangerine and CIBC’s Simplii now offer pared down no-fee chequing and savings accounts pioneered by credit unions, financial co-operatives have countered by expanding their collective no-fee ATM network in 2015 to become the second largest in Canada.

Credit unions are also in the early days of eroding one of the remaining differentiators – that they’re provincially-based.

Surrey, B.C.-based Coast Capital Savings, which boasts of being Canada’s largest credit union by membership (outside of the Desjardins network of Caisse de depots in Quebec), recently announced it had secured approval to become a national credit union under legislation passed in 2012.

The credit union, the second in the country to get approval to go national after New Brunswick-based UNI credit union, has not announced details of its expansion but says it presents a new front of competition in the financial services space.

“It’s never been an option at the national level,” said Dave Cunningham, head of public affairs for the credit union.

“Right now, because we’re confined to our own province, like every other provincial credit union, if our members move to another province, they have to leave us.”

The switch to a national union, while pushing into banks’ turf, would also mean an end to some advantages of being provincially regulated, like not being required to meet more stringent federal mortgage thresholds, and having unlimited deposit coverage in some provinces.

So what are the remaining differentiators in retail banking? Credit unions maintain that because they’re owned by their customers, they’re motivated to offer better service and more community investments.

“The whole objective is different. They serve their members,” said Martha Durdin, CEO of the Canadian Credit Union Association

Credit unions have won the Ipsos overall customer service award 13 years in a row, Durdin points out. They also give away a much bigger share of earnings, though it amounts to less because banks are just so much bigger.

“Banks give what, one per cent of pre-tax profits? Credit unions give five per cent on average. That’s a huge difference,” said Durdin.

The generosity is possible because credit unions aren’t solely focused on profit, she said.

“Profit is good in the sense you want enough profit to be stable, and to be able to have enough capital so you can lend to your members, but it’s not an endless drive for increased profits.”

Making financial decisions based on values can make sense, but Drake warns not to get too far away from the bottom line.

“If it’s important to someone, then sure, a credit union’s a better choice. I wouldn’t necessarily make a big financial decision on it. If the mortgage rate’s a per cent higher, then you should probably be looking somewhere else.”

And while credit unions have been tech pioneers in areas such as mobile cheque deposits, banks have more resources to invest in innovation.

Technology is a big advantage offered by banks, including investments in artificial intelligence and secure online services, said Marina Mandal, vice president of banking transformation and strategy at the Canadian Bankers Association.

“There’s a lot of effort by the banks to be ahead of the curve in how they use technology to provide a seamless and integrated experience.”

“Banks like BMO and RBC have launched them recently too. It could be an example of where they’re behind again. But in general, I feel like they’re caught up.”

Drake, who has accounts with Tangerine, Simplii as well as a more conventional accounts with major banks, says the free offerings have made it hard to bother switching, even though credit unions are probably more on your side.

“It’s hard to quantify for sure, but just the idea that there’s things like profit share and you are an owner, and they’re not really looking to make a profit, it gives you probably a better chance that they’re in your corner.”