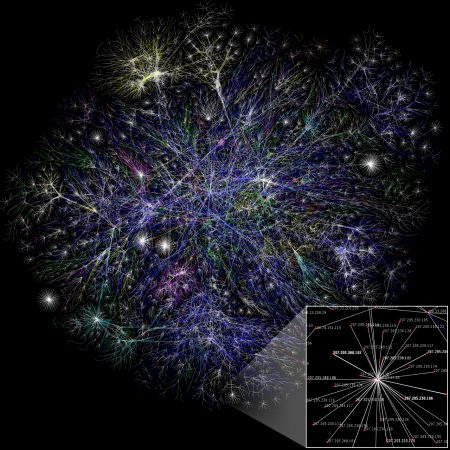 PHOTO: Visualization of the various routes through a portion of the Internet/Wikipedia Commons

FRANKFURT—A new survey suggests the digital technologies sweeping through the corporate world could mean some job losses at big companies, but it’s unclear what impact they will have on consumer prices.

Retailers told the European Central Bank, which carried out the survey, that e-commerce should lower prices for shoppers. But producers of goods foresaw more chances to raise prices thanks to new technologies such as 3D printing and internet-connected devices.

The bank asked 74 of the biggest companies in Europe how the think new technologies are likely to affect the economy in coming years.

On balance, the businesses saw digitalization having a “small negative impact” on jobs, while shifting labour needs from low-skilled to high-skill employees.

The ECB probed the price issue because its mission is to keep inflation under control near its goal of just under 2 per cent. Central banks and economists have struggled to understand why inflation has only responded slowly to years of stimulus like low interest rates and money injections into the economy.