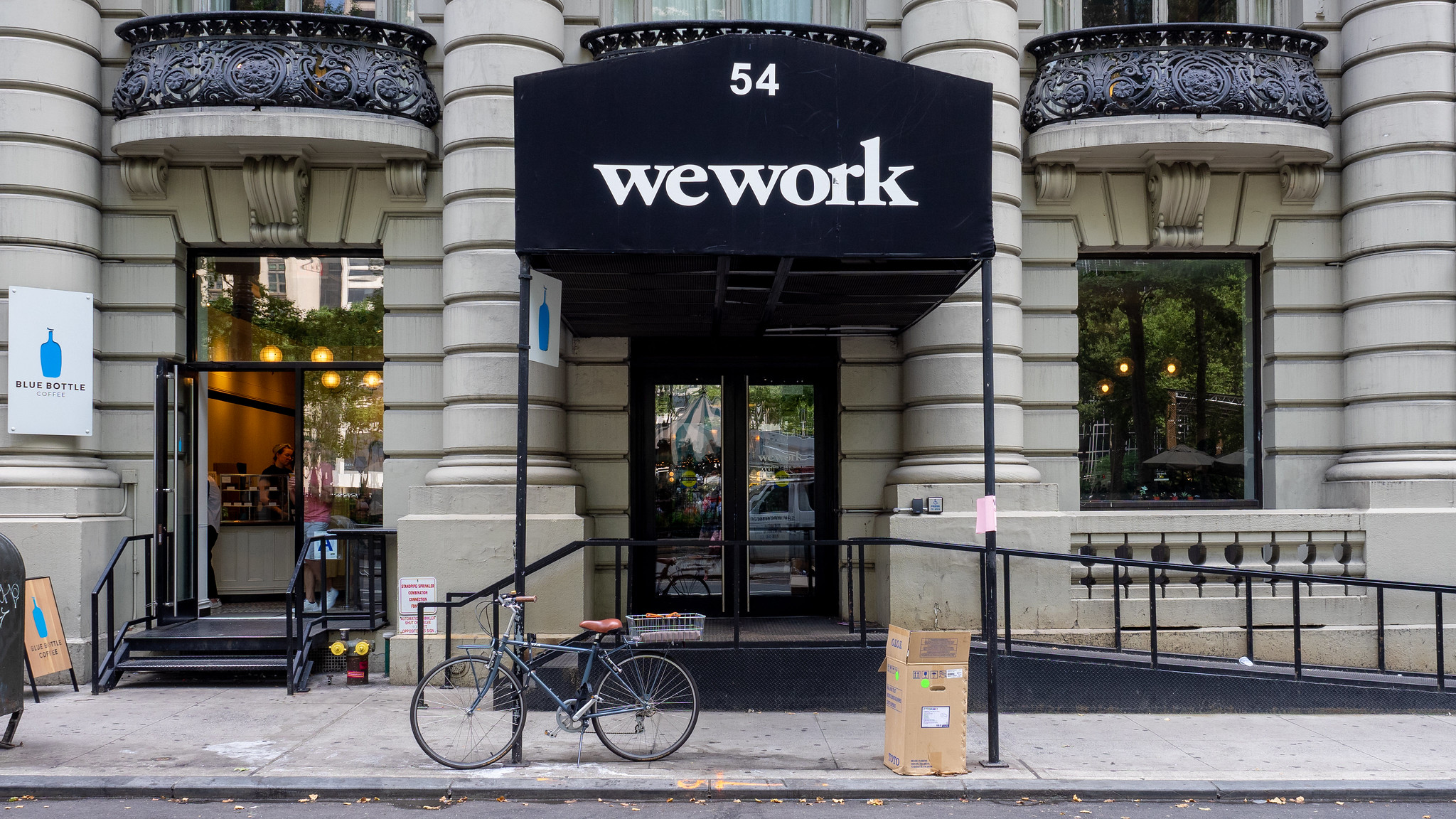 WeWork’s stock market fiasco has yet to reverberate much for its more than 600,000 tenants, spread across a global empire of gracefully designed co-working offices. But beneath the work-and-play cheer, there’s unease as WeWork embarks on a painful restructuring that will include thousands of layoffs as early as this week.

WeWork is slashing the lavish spending that fueled the office-sharing company’s breakneck growth while racking up unsustainable losses that ultimately turned off Wall Street investors, forcing it to shelve its initial public offering.

Shannon Wilkinson, CEO of a small online reputation management firm, says her clients rave about the vibe at her WeWork in midtown Manhattan, where visitors walk into a loft-like space with cozy leather couches and a large sign reading “fortune favours the brave.” Floor-to-ceiling windows offer views of a neighbourhood known as billionaire’s row, but Wilkinson pays just $95 a month for a basic WeWork membership.

“Despite WeWork’s bad rap in the markets right now, it is very convenient, and I believe it will stick around a long time,” Wilkinson said.

Not far away, though, Lanny Grossman doesn’t get the same vibe from the WeWork near Grand Central station, where the owner of public relations firm EM50 Communications shares a two-person office.

Emptier than other WeWorks just blocks away, the space is sometimes dark because too few people show up to trigger enough automatic lighting sensors, he said. At some point, the grab-and-go market disappeared. Recently, Grossman has noticed in a slowdown in cleaning, with dirty coffee mugs still there the next day.

WeWork says there has been no change to cleaning schedules at that location, but Grossman said the issues have deepened his skepticism about the future of his landlord.

“It’s weird. I come in and have my computer and my office and wonder if it’s going to be there the next day,” Grossman said.

Japanese tech conglomerate Softbank, which took an 80% stake in the company, has sent one of its executives, Marcelo Claure, to oversee WeWork’s restructuring. Claure told employees in an email Monday that layoffs would start this week, summoning employees to an all-company meeting Friday to discuss the changes.

WeWork has said that the layoffs will not include the small “community teams” that work inside the shared offices spaces, and many job cuts will come from sides businesses the company is selling.

Meanwhile, cleaning, pantry and facilities maintenance employees in the U.S. and Canada are being offered jobs at JLL, a real estate services company that will then contract those workers back to WeWork. Arik Benzino, WeWork’s managing director for U.S. and Canada, told the affected employees in an email last week that their pay would remain the same and their shift assignments “will not change for the time being.”

Behfar Jahanshasi, whose tech consultancy uses WeWork around the world, says he is eager to stick with the company but is watching the developments warily.

“What are they going to change that is going to impact us? Are they going to chip away at perks? Only clean every two days?” said Jahanshasi, CEO of Oklahoma-based tech consultancy Interworks, who credits WeWork with helping him expand globally and says a company his size would have a hard time providing similar amenities on its own.

Jahanshasi is the sort of member Claure has vowed not to alienate, promising employees at a meeting last month that he would be “manically crazy focused to make sure that the experience that we offer our members is second to none.”

“There’s nothing more that I want than to prove all of the detractors that are writing articles about us that they’re completely wrong, that there’s magic to this business,” Claure said, according a transcript of the meeting published by Recode, which WeWork confirmed was accurate.

The road to profitability remains a herculean challenge for a company that was posting up nearly $2 billion in losses a year. A $9.5 billion bailout from Softbank saved WeWork from possible bankruptcy, but the company now needs to reduce its reliance on venture capital and acquisitions that accounted for most of its explosive revenue growth.

WeWork is saddled with $47.2 billion in future lease obligations, and the cost of building out newly acquired spaces. The company is locked into mostly 15-year leases that are difficult to renegotiate, with rates expected to rise over time. Adding to that, many of WeWork’s locations are in rent free periods that company had negotiated with landlords. Those periods are sent to expire in the coming months, meaning WeWork will have to start paying that rent.

Experts and people in the industry are skeptical that WeWork can achieve meaningful cost reductions without somehow squeezing tenants.

“They have been living in Never-Never Land, an unsustainable paradise that is now going to get ratchetted back,” said Allen Adamson, an adjunct professor at New York University’s Leonard N. Stern School of Business. “They are not going to be able offer fewer cups of coffee to close the gap. It’s too big a gap. This is going to draconian in term of what has to be done.”

WeWork says it intends to move away from traditional lease agreements in favour of partnerships, in which landlords shoulder some renovation costs. The company is also shifting its focus from freelancers and start-ups to companies with more than 500 employees that sign longer leases and provide more stable revenue.

There are more than 700 companies that offer flexible office leases in the U.S, according to real estate service firm CBRE. WeWork, for now, is a dominant player, accounting for 33% of flexible office space supply.

Jonathan Wasserstrum, whose company SquareFoot helps businesses find office space, said WeWork tenants have called to ask if they can get better rates in exchange for sticking with the company. He said that might be unlikely at a time when WeWork trying to cut costs.

Bill Baldwin, managing principle of the global real estate advisory firm Cresa, said that for the moment, he prefers not to direct clients to WeWork, saying he is not convinced the company can avoid defaulting on leases.

“That’s a pretty scary situation to put a client of ours in,” said Baldwin, whose firm represents occupiers in real estate transactions.

Major real estate companies that lease to WeWork have emphasized the high occupancy rates of its established offices, while sounding more cautious about the prospects for newer spaces.

For instance, two WeWork subsidiaries that had planned to move into a building on Madison Avenue in Midtown Manhattan may no longer do so, according to Nelson Mills, CEO of Columbia Property Trust, which owns the building and leases its office space to WeWork. WeWork will consequently have to fill the space with other tenants.

For now, many of WeWork’s members are rooting for the company, including Axel Hellman, whose tech start-up OurBus found its branding designer at the WeWork office space on Manhattan’s Upper East Side.

“It’s easy to poke fun at the motivational signage and fruit water,” Hellman said. “But in reality, it’s the network available to us through WeWork and the flexibility they offer that makes the company valuable to us.”