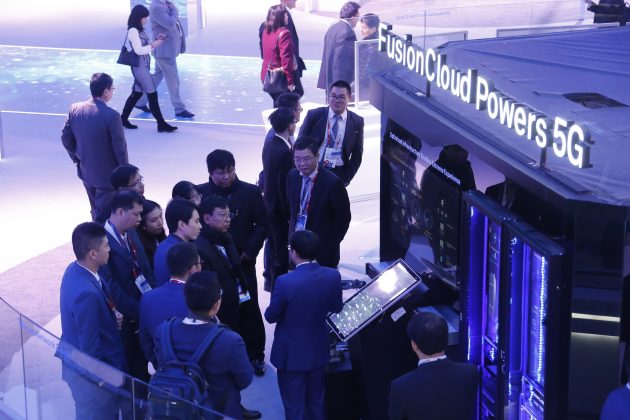 SHERBROOKE, Que. – Public Safety Minister Ralph Goodale says the government’s decision on whether to ban Huawei technology from being used in Canada’s next generation 5G wireless network will not be influenced by threats of retaliation from China.

“We are determined to stand our ground on the basis of what is right for Canada,” Goodale said in Sherbrooke, Que., where he is attending the final day of a federal cabinet retreat.

His comments come a day after Lu Shaye, China’s ambassador to Canada, told reporters that Canada’s arrest of Huawei executive Meng Wanzhou was a politically motivated “backstabbing” of a friend. He threatened repercussions if Canada decides to ban the Chinese telecom giant from participating in the 5G network.

Fifth generation – or 5G – mobile internet infrastructure is the newest technology for wireless networks that promises to be 10 to 20 times faster than current wireless connections as well as adding more stability and allowing more devices to be connected.

The Trudeau government is currently conducting a review of the technical and national security issues related to Huawei’s potential involvement in development of the 5G network but Goodale wouldn’t say when the review might be completed.

“We understand the urgency of the situation but as we go through the decision-making process, and making sure we have all the information necessary to take those decisions properly, we will not compromise national security,” Goodale said.

The United States, Australia and New Zealand have already barred Huawei from participating in 5G citing national security concerns. And German officials said Thursday they are considering banning it as well.

The United States is pushing Canada to do the same, warning that the Chinese government could use Huawei technology built into other countries’ networks to conduct espionage or cyberattacks.

China also said Australia was being wrongly influenced by the Americans.

Goodale wouldn’t say whether he thought China was trying to push around Canada any more than other countries, but acknowledged that the turbulent nature of global politics is a challenge these days.

“This is a tough and turbulent world and we need to make sure that we are making all of our decisions in a way that will benefit this country,” he said.

“It’s a tough decision-making process but you can’t shrink from the challenges. They’re there and you have to face them and make the very best decisions you can.”

Canada’s relationship with China has deteriorated rapidly since Meng’s arrest in early December. China has since detained two Canadians, including a former diplomat, accusing them of being threats to Chinese security. Earlier this week, China sentenced a third Canada to death. Robert Lloyd Schellenberg was convicted of drug smuggling and sentenced to 15 years in prison in 2016, but his case was reopened for trial and the judge sentenced him to death on Jan. 14.

Nobody has officially drawn a connection between those cases and Canada’s arrest of Meng but China has threatened to retaliate against Canada for the Meng case and is demanding she be immediately released.

Meng was released on bail and remains at her home in Vancouver pending hearings to determine if Canada will extradite her to the United States where she would face fraud charges.