The CEO of Canada's Oil Sands Innovation Alliance (COSIA) says the organization has expertise in identifying where the industry needs to improve, Greenpeace disagrees 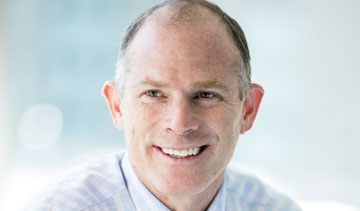 CALGARY—Environmentalist Keith Stewart of Greenpeace says he strongly disagrees with a suggestion by the head of an oilsands industry research consortium that it’s well placed to help spend grants paid for by Alberta carbon taxes.

CEO Dan Wicklum of Canada’s Oil Sands Innovation Alliance (COSIA) says it would be “logical” for Alberta’s NDP government to consider environmental research funding initiatives or partnerships with the alliance because of its expertise in identifying where the industry needs to improve.

COSIA’s 13 members are industrial giants who account for 90 per cent of Canada’s oilsands production. The alliance was formed four years ago to allow the members to share research that lessens their environmental impact.

Alberta announced last November it will have a $20-per-tonne carbon levy in place next year, rising to $30 a tonne in 2018.

It says it expects to raise $9.6 billion over the next five years, of which $3.4 billion will be earmarked for large-scale renewable energy, bioenergy and environmental technology. Implementation details have yet to be announced.