The tightly controlled yuan has been allowed to decline by about 8 per cent against the U.S. dollar since early February 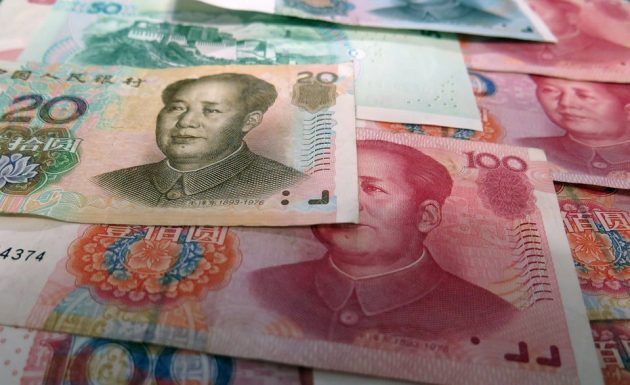 BEIJING—China has tightened controls on trading in its yuan to discourage speculators after a decline against the dollar amid a tariff dispute with Washington fueled fears of a damaging outflow of capital from the world’s second-largest economy.

Traders must post a 20 per cent deposit starting Monday for contracts to buy or sell yuan on a future date. That raises the cost of betting it will drop and might help to discourage speculative trading.

The tightly controlled yuan has been allowed to decline by about 8 per cent against the dollar since early February.

That helps Chinese exporters that face U.S. tariff hikes by lowering their prices in dollar terms. But it also encourages investors to shift money out of China, which would have a broader impact by raising financing costs for other industries.

On Friday, the yuan slipped to a 13-month low of 6.91 to the dollar, close to the highly symbolic level of 7, before strengthening to 6.83 after the margin requirement was announced.

The deepening U.S.-Chinese tariff fight prompted suggestions Beijing might weaken the yuan to help exporters. But analysts say the decline has been driven mostly by China’s slowing economic growth and the diverging direction of U.S. and Chinese interest rates.

Washington imposed 25 per cent tariffs on $34 billion of Chinese goods on July 6 and is considering an increase on an additional $16 billion, with another $200 billion list of goods threatened. Beijing matched Washington’s first round of increases and on Friday threatened penalty charges on another $60 billion of U.S. imports.

That business-as-usual approach has included the People’s Bank of China allowing the yuan to fluctuate more widely. Beijing wants to make the exchange system more market-oriented and efficient.

The central bank “had been largely tolerant” of the yuan’s decline, said Jingyi Pan in a report. But the latest changes “may have gathered concerns including capital flight.”

The margin of decline against the dollar has been unusually wide because other currencies in the basket used by the Chinese central bank to set exchange rates have not risen along with the greenback.

Compared with the overall basket, the yuan has declined by a smaller margin of 4 per cent, according to Carl B. Weinberg of High-Frequency Economics.

“These are trivial moves in the medium term, despite volatility recently,” said Weinberg in a report.

Beijing imposed similar controls in October 2015 after a change in the exchange rate mechanism prompted markets to bet the yuan would fall, according to Philip Wee and Eugene Leow of DBS Group. The currency temporarily steadied but fell further the following year.

Making it harder to bet on the yuan “did not insulate it from the currency war,” said Wee and Leow in a report.

The effectiveness of the latest controls will be limited, analysts said. The yuan still faces downward pressure as Chinese and U.S. interest rates head in opposite directions.

The Federal Reserve is raising U.S. rates while Beijing eases access to credit to pep up cooling economic growth. That encourages investors to convert money into dollars in search of higher returns.

Due to that, “the outlook of yuan remains weak,” said Margaret Yang of CMC Markets in a report.