Equipment maker's sales declined in all regions, driven by weak demand in oil and gas, mining industries, a trend that could continue, company says 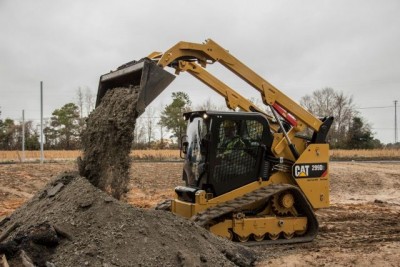 The Illinois-based company performed better than expected in Q2, but still lowered its guidance. PHOTO: Caterpillar

PEORIA, Ill.—Caterpillar’s second-quarter performance beat Wall Street’s expectations, despite weakness in the mining and oil and gas industries. But the company lowered its full-year adjusted profit guidance again, saying global economic growth remains subdued and isn’t sufficient to drive improvement in most of the industries and markets it serves.

The mining and construction equipment company earned US$550 million, or 93 cents per share, for the three months ended June 30. That compares with $802 million, or $1.31 per share, a year earlier.

Revenue declined to $10.34 billion from $12.32 billion, but topped the $9.99 billion that analysts Zacks polled were looking for.

Sales dropped in all regions, with North American sales down mostly because of lower end-user demand for construction, low oil prices and continued declines in mining. While the real estate market continues to recover from the housing bust, builders of new homes say they’re having a hard time finding workers and land for additional construction.

Peoria, Illinois-based Caterpillar Inc. said that it now foresees full-year sales and revenues at the low end of its prior range of $40 billion to $42 billion. Its adjusted profit is now expected to be about $3.55 per share, compared with a previous guidance of $3.70 per share. In April the company had reduced its full-year adjusted profit outlook to $3.70 from $4 per share.

Analysts polled by FactSet expect full-year earnings of $3.53 per share on revenue of $40.13 billion.

Its shares slipped 44 cents to $78.25 in premarket trading an hour ahead of the market open.