The Montreal-based company's first full-scale plant started up in Edmonton in 2014. The deal is expected to help it push into the Chinese market and could spur growth elsewhere 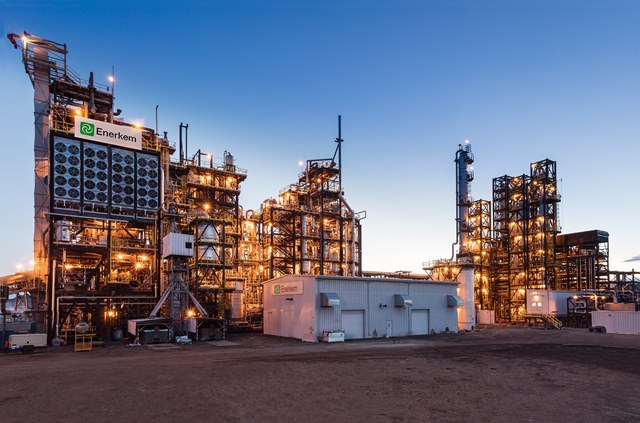 The company’s first commercial-scale facility is located outside of Edmonton. PHOTO: Enerkem

BEIJING—A Canadian biofuel company commercializing technology to convert a city’s garbage to methanol, ethanol and other useful chemicals has struck a major partnership agreement with a Chinese company active across the bio-energy and bio-manufacturing industries.

Quebec-based Enerkem Inc. announced the deal in Beijing Jan. 21 and said it could be worth more than $125 million.

The agreement with Sinobioway Group covers an equity investment in Enerkem, technology licensing, equipment manufacturing and the creation of a joint venture that could lead to the construction of more than 100 Enerkem facilities across China over the next 17 years.

“Our breakthrough clean technology produces a much needed low-carbon transportation fuel and sustainable waste management solution to help China achieve its climate change objectives,” Vincent Chornet, president and CEO of the Canadian company, said in a statement. “We are proud to collaborate with a leading Chinese bio-industrial partner to expand our commercial footprint.”

Enerkem piloted its technology that transforms non-recyclable municipal solid waste into marketable products at a demonstration facility in Quebec starting in 2009 and opened a commercial-scale plant outside Edmonton in 2014. It now employs about 200 people.

The partnership with Sinobioway—a bio-industry conglomerate affiliated with Peking University—is expected to give the Canadian company access to the vast Chinese market and could spur growth elsewhere.

Enerkem has been pursuing partnerships with cities worldwide looking for new technology to divert waste away from landfills and incinerators.