The company is looking into selling its Toronto- and Montreal-based turboprop and regional jet programs as Boeing puts the screws to its new CSeries jets in a subsidy dispute, Bloomberg reports 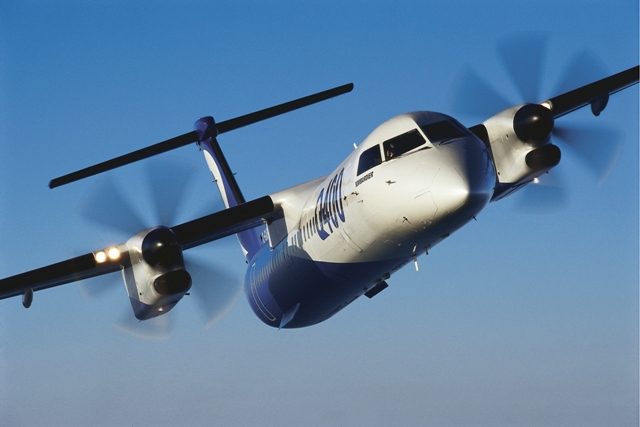 The Q400 is assembled in Toronto, while the CRJ, or Canadair Regional Jet, is built outside Montreal. PHOTO: Bombardier

TORONTO—Bombardier Inc. is exploring aerospace assets sales as it faces continued pressure from American competitor Boeing Co. and the U.S. government on its new line of commercial jets.

Citing people familiar with the matter, Bloomberg reported the Canadian company is looking at unloading its Q400 turboprop and its CRJ plane programs. The sources also said European plane maker Airbus Group is among the possible suitors.

The Q400—the successor to the de Havilland Canada Dash 8—is assembled in Toronto, while the CRJ, or Canadair Regional Jet, is built outside Montreal. Last month, Bombardier announced it would look to cut Q400 production costs by shifting some component work out of the country.

Meanwhile, Bombardier’s long-awaited CSeries program is facing significant headwinds in the U.S. The U.S. Commerce Department recently announced punishing tariffs of approximately 300 per cent on the jets, citing improper government subsidies that gave the Canadian company an advantage when selling its planes in the U.S.

Delta Air Lines, which agreed to buy 125 CS100s in 2016, said last week it would not cancel the order and plans to work through the issue alongside Bombardier.

Bombardier as well as the Canada and U.K. governments have been highly critical of Boeing and the U.S. government’s tariff decision and analysts are skeptical about the strength of Boeing’s case. Still, any solution to the dispute will take time and put a strain on Bombardier’s finances.

Though exploring the asset sales, Bombardier has reached no decision about selling either aircraft program Bloomberg reported.