Prime Minister Justin Trudeau said he hopes to announce a decision before the next budget, adding that the aerospace sector is important to the entire country 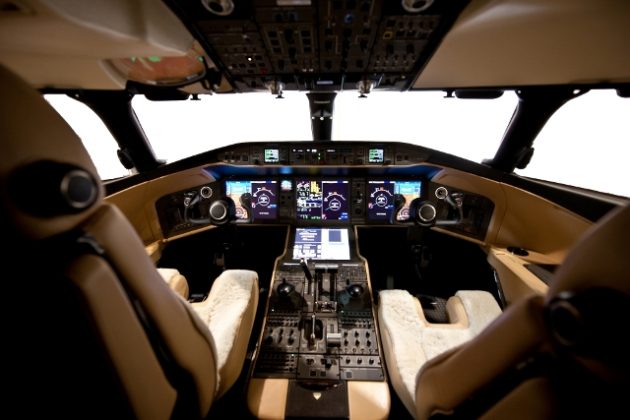 Inside the cockpit of Bombardier’s Global 6000 corporate jet. PHOTO: Bombardier

MONTREAL—Bombardier says it’s close to hammering out a financing deal with the federal government even as the transportation giant forecasts strong earnings growth in next year and enough cash to achieve to its turnaround plan.

During a three-hour investor day, he said the request made a year ago for US$1 billion would add financial flexibility to manage unexpected risks or to develop its next aircraft business or commercial aircraft.

Bombardier survived the financial challenges of developing the largest plane in its history with the CSeries jet entering commercial service this year after years of delays and cost overruns.

“Our situation has also changed which is one of the reasons why it has taken a little bit longer but I think that they (the government) are very supportive, they’re looking for solutions and we’re looking for a win-win solution,” Bellemare said.

Despite some public criticism about giving the Montreal-based company more taxpayer support, Bellemare said all of its competitors are supported either directly in the development of new products or indirectly through technology development funds or defence spending.

“The name of the game is how do we use the brain power that we have in Canada to build products in Canada,” he said.

In Ottawa, Prime Minister Justin Trudeau said he hopes to announce a decision before the next budget.

“We’re working in a very productive manner with Bombardier,” he told reporters. “Our government understands the extent to which the aeronautics industry is important to the entire country, not just Quebec.”

With the focus on ramping up CSeries production to break even on the plane in 2020, Bellemare said the company has not yet decided if its next aircraft program will be a larger business jet or a CSeries stretched beyond 160 seats.

After expecting to deliver just seven of the aircraft in 2016 because of engine supply issues, it anticipates shipping 30 to 35 of the planes next year, reaching a full run rate of 90 to 120 planes in 2020 with US$3 billion of CSeries revenues.

The company anticipates delivering 135 business jets and up to 85 commercial jets next year, less than analysts were expecting.

Since arriving nearly two years ago, Bellemare has announced two waves of jobs cuts this year to eliminate 14,500 employees and reduced its financial risk.

“We have made huge progress in 2016,” Bellemare told analysts. “Our turnaround plan is in full motion.”

The goal is to generate more than US$1.75 billion in pre-tax profits by 2020 in part by streamlining operations while expanding revenues to US$25 billion from US$16.5 billion projected in 2016.

In 2017, consolidated revenue is forecast to grow by one to three per cent with cash flow use improving to range between US$750 million to US$1 billion.

Earnings before interest and tax are expected to be in the range of US$530 million to US$630 million, which represents a year-over-year improvement of about 50 per cent at the mid-point of the range.

Meanwhile, Bellemare said Bombardier has put the resources in place to try and meet its commitment to deliver 204 Toronto streetcars by the end of 2019.

“We are very confident that we will get close to this,” he said after a Toronto Transit Commission report on Wednesday expressed doubts about the revised delivery schedule for the streetcars.