Darryl White says he worries about trade, but is confident a free trade agreement will come together 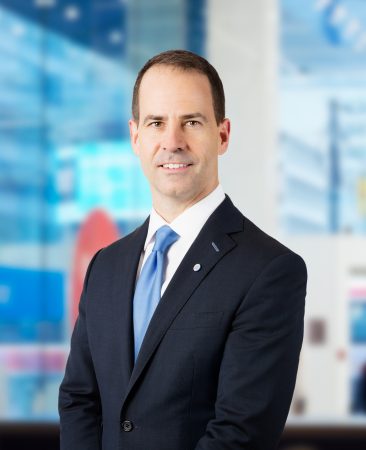 TORONTO – The chief executive of the Bank of Montreal says that while the Canadian economy is showing positive growth in almost every province, one economic headwind worries him the most: trade.

But as Canada’s negotiating team in Washington continues to try and bridge a divide that’s keeping the country out of a North American free trade pact, Darryl White says he believes a deal will eventually come to fruition.

White’s comments on the broader economy come as the Toronto-based bank announces a new initiative aimed at tackling economic disparity among neighbourhoods at home in partnership with the United Way Greater Toronto. BMO has also committed $10 million as seed money towards the five-year partnership, the largest single donation to the non-profit organization.

As part of the initiative, Canada’s fourth-largest bank has called in 19 corporate leaders including the chief executives of Sun Life Financial, Maple Leaf Sports & Entertainment and Maple Leaf Foods to participate in a working committee to brainstorm ideas on how to drive economic growth in priority neighbourhoods in the Greater Toronto Area.

This initiative capitalizes on two assets a major Canadian bank can bring to the table: capital and its corporate network, said White.

“An old model might have been, ‘Here’s some money, let’s build this and see what happens.’ This is a model that says the problem is way more complicated now than it has been in the past,” he said.

Zanotti pointed to Toronto’s Eglinton Crosstown transit project, where community benefits agreements ensure that jobs and procurement deals go to local residents and businesses, as an example of a potential solution.

“There are opportunities in the GTA and nationally, where we can embed neighbourhood economic development opportunities in our day-to-day work in current and ongoing projects, so that communities get small 1/8 and 3/8 medium businesses flourishing, jobs stay local, and infrastructure is there where people need it.”

Ideas and projects proposed by the committee dubbed the Local Economic Opportunity Leadership Table will be tested, refined and implemented, drawing on BMO’s initial seed funding. Corporate partners will also work directly with community leaders across the GTA, including in York and Peel regions, to implement programs locally.

When asked about boosting economic growth across the country more broadly, White said Canada should be “leaning in” on encouraging investment, including potentially examining regulations and “the ability to complete projects as planned.”

His counterpart at the Canadian Imperial Bank of Commerce, Victor Dodig, recently called for Canada to boost its global competitiveness in various ways, including offering clearer foreign investment rules and matching a U.S. policy that allows companies to immediately write off the full cost of capital investments. The CIBC chief executive also pointed to the debate and delay surrounding the Trans Mountain pipeline expansion project as an example of difficulties getting business done in Canada.

Finance Minister Bill Morneau is looking at targeted measures to enhance the country’s competitiveness rather than broad-based tax cuts, sources have told The Canadian Press. Morneau intends to announce plans in his fall economic update to bolster Canada’s competitiveness.

White said he didn’t have one specific ask for Morneau, noting that the government is being “very careful and very thoughtful” about the issue. But the evaluation of a Canadian investment opportunity would take into account many factors, including affordable housing, taxes, depreciation and regulations.

“It’s hard to particularize exactly where we ought to be leaning in on encouraging investment, but to me that’s the goal,” said White.

“How can we encourage continued investment into Canada by Canadians and by non-Canadians … It’s a basket of features, not any one particular feature.”