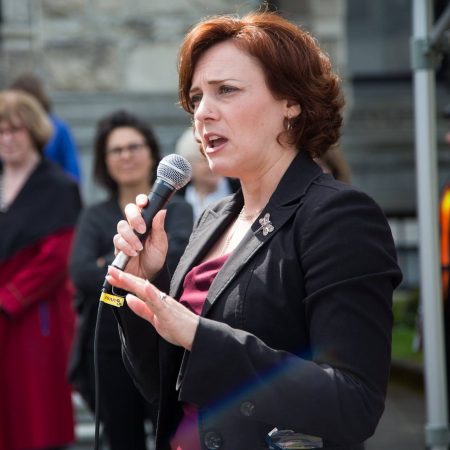 VICTORIA – All light-duty cars and trucks sold in British Columbia would have to be zero-emission by 2040 under legislation tabled Wednesday.

The legislation would apply to new vehicles for sale or lease.

Mungall says zero emission vehicles are part of the government’s $902 million CleanBC program to cut greenhouse gas emissions by 40 per cent by 2030 based on 2007 pollution levels.

She says the CleanBC plan includes incentives for zero-emission vehicle purchases up to $5,000 on a new battery electric or plug-in hybrid electric vehicle and up to $6,000 for a hydrogen fuel-cell vehicle.

Related Stories
Cars and trucks sold in B.C. by 2040 will be zero emission: government
Britain to ban sale of new diesel and gasoline cars by 2040
Automakers report increased sales for cars, trucks in September
Automakers to generate low returns on electric cars for years to come