Vegetables will see the biggest price increase, while meat and seafood prices are expected to fall 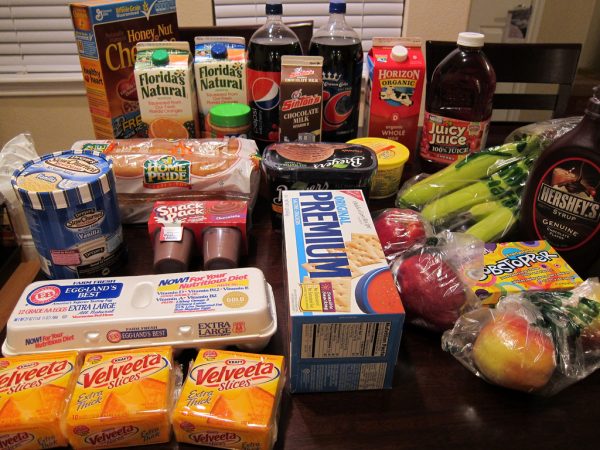 PHOTO: The price of groceries will go up, on average, by $400 for a family of four next year/Phillip Stewart

The average Canadian family will pay about $400 more for groceries and roughly $150 more for dining out next year, an annual food price report predicts.

Food prices will rise between 1.5 to 3.5 per cent in 2019, according to the report from researchers at the University of Guelph and Dalhousie University. That means the average family of four will spend $12,157 next year – up $411 from 2018.

Vegetables will see the biggest price jumps – between four and six per cent for the category, according to the report.

Meanwhile, meat and seafood prices are expected to fall, with the meat category to decline by one to three per cent and seafood costs to remain the same or fall up to two per cent.

Since 2015, the team has predicted prices in those two categories would rise as high as six per cent each year.

“This is a bit of a risk for us… We’ve never done that,” said Sylvain Charlebois, one of the lead researchers and a professor at Dalhousie University, referring to anticipating a decline.

But the team is confident in its prediction.

They believe there’s an oversupply of meat, he said, and Canadians are eating less animal protein. Instead, they’re showing more interest in alternative proteins, like quinoa and lentils.

The plant-based protein trend is evident in recent manufacturer and restaurant moves as well.

At the same time, fast food chains have started adding vegan and vegetarian options to their menus. A&W Food Services of Canada Inc. even temporarily sold out of its Beyond Meat patties shortly after adding them to its menu.

Industry watchers have attributed the demand for plant-based protein to millennials, health-conscious baby boomers and concerns around antibiotic use in agriculture.

A turning point for animal protein, though, was 2014 when beef prices started to rise dramatically, said Charlebois.

Between December 2013 and December 2014 the monthly average retail price for one kilogram of ground beef rose more than 26 per cent, according to Statistics Canada data. For comparison, the price advanced about 3.5 per cent from December 2012-13. It reached a record high of $13.23 in October 2015.

Butchers and grocers will likely take it easy on beef prices next year in an effort to bring people back to the red meat, he said.

Consumers’ embrace of plant proteins will help push vegetable prices higher next year, as will the weather, according to the report.

“Fruit and vegetables are some of the most perishable, fragile food products that are on the grocery shelf,” said Simon Somogyi, a lead researcher on the report and a University of Guelph professor.

They’re particularly influenced by climactic events, like the El Nino expected to occur this winter, he said, which can result in warmer and drier conditions, and create shortages in the supply chain.

As far as which vegetables may see the biggest increases, it’s difficult to know what produce item will become the next cauliflower, Charlebois said. The cruciferous vegetable saw soaring prices per head in 2016.

Restaurant prices will rise between two and four per cent, according to the report, mainly because operators’ labour costs increased as several provinces and territories boosted their mandated minimum hourly wage recently.

The researchers’ predictions for 2018 were fairly accurate. Fruit prices, which they estimated would rise between one to three per cent, stayed stagnant – the only category where they missed the mark.

Related Stories
Average weekly earnings rise in August; now up 3.6% year over year: StatsCan
Canadians paid average of $34,154 in taxes last year, says study
What to budget for groceries and how to bring the supermarket bill down
Top CEOs have already earned more in 2016 than average Canadian will all year