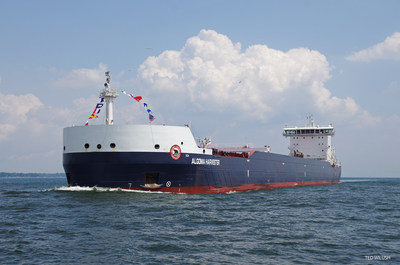 ST. CATHARINES, Ont.—The Great Lakes are about to get a bit busier.

The company has enlisted Jiangyin, China-based Yangzijiang Shipbuilding Co. to build the Equinox Class ships, which are each 226 metres, or 740 feet, with a beam of 23.77 metres. The vessels feature a standard rear boom and are designed to carry 29,300 tonnes at maximum Seaway draft.

“Our search for a shipyard in China to replace the now-bankrupt Nantong Mingde Heavy Industries led us to Yangzijiang,” Ken Bloch Soerensen, president and CEO of Algoma, said. “We have been pleased with the professionalism and enthusiasm the yard has shown for our project and the quality that they have shown on work done for other ship owners.”

Algoma said the ships will include all the features of its already-operating Equinox design, including the company’s exhaust gas scrubber technology.

The St. Catharines, Ont.-based firm said the new order brings the total number of Equinox class ships under construction to seven. The addition of the two new ships hikes the company’s estimate for its freighter renewal program to approximately $450 million.

The new Jiangyin-built ships are scheduled for delivery in the first half of 2018.