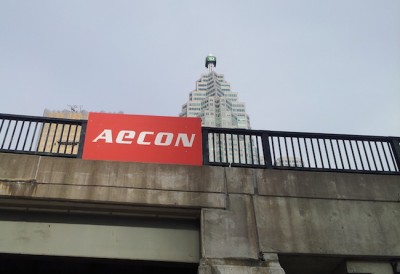 Aecon built the airport as part of a joint venture and has been operating the airport since 2002.

TORONTO—Canadian construction and infrastructure development firm, Aecon Group Inc. has completed the sale of its 45.5 per cent stake in the Quito International Airport.

The US$232.6 million sale to Grupo Odinsa S.A. and CCR S.A. will net the Toronto-based firm $195 million after transaction costs and taxes, boosting the company’s bottom line.

“We are very pleased to have finalized the sale of our interest in the Quito International Airport project and thank all of our partners for their collaborative efforts,” Teri McKibbon, Aecon’s president and CEO, said. “This landmark, public-private partnership is of particular pride for Aecon and illustrates our successful work on large-scale, turnkey projects.”

Along with its partners, Aecon developed and financed the Ecuador airport, building it as part of a 50/50 venture with Andrade Gutierrez Constructores S.A.

Closer to home, the company recently won the contract to build the Eglinton Crosstown LRT in Toronto as part of the Crosslinx consortium.