The Ontario government tries to tackle a $11.7-billion deficit by targeting cap-and-trade, legal aid, health, and tech and research programs 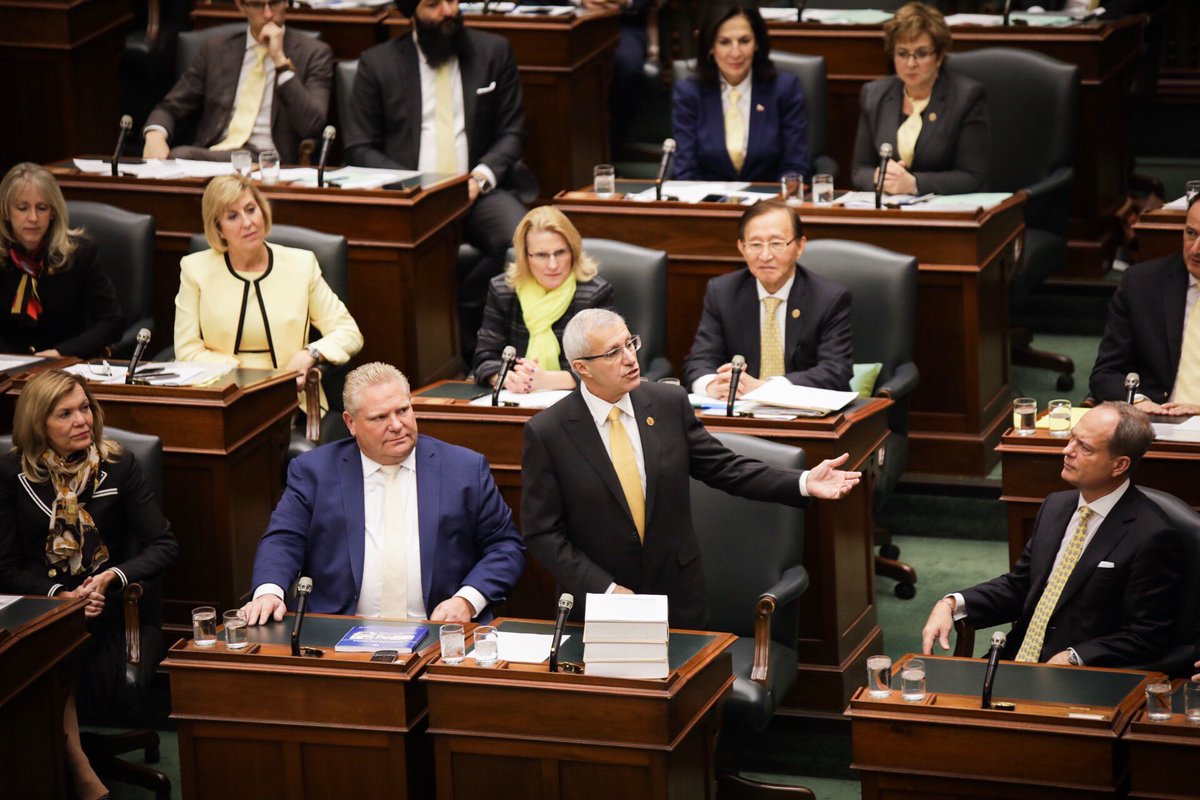 TORONTO – Premier Doug Ford’s Progressive Conservative government has made a dizzying array of changes in its first year in power, including a host of cuts, as it tries to eliminate an $11.7-billion deficit. Here is a selection of some of the program and funding cuts, many of which have emerged in dribs and drabs since April’s budget:

The government plans $256.8 million in administrative savings this year as it starts the process of merging a network of health agencies under one umbrella called Ontario Health. Kids and young adults with private coverage were removed from the OHIP-plus plan for free prescriptions for Ontarians under 25, saving the government $250 million a year. An out-of-country OHIP program is being cancelled. An agency that helps young people quit smoking had their $1 million in funding cut.

Nearly all programs that were funded through $2 billion in cap-and-trade revenues were cancelled when the system was scrapped, including for cleantech accelerators, electric vehicle subsidies, a fund for school repairs, rebates for energy-efficient renovations, and cycling infrastructure. The office of the environmental commissioner was cut – as were other oversight offices of a child and youth advocate and French language commissioner – as was a $4.7 million program to plant 50 million trees, and $3.7 million in funding for conservation authorities.

About $52 million less was allocated this year for health policy and research. Funding was cancelled to all think tanks, two of which will have to close because of the decision. Funding to two artificial intelligence institutes was cut by $24 million. Funding of $5 million for stem cell research was cut. Funding was also cancelled to a scale-up voucher program of $9.7 million, a technology accelerators program of $9.5 million, college-based applied research projects worth $6.7 million, $5 million in funding to the Institute for Quantum Computing, $1.5 million in funding to the Lazaridis Institute, and $750,000 for bioindustrial innovation. More than $2 million was cut from Communitech and the Gambling Research Exchange of Ontario’s entire $2.5 million budget was cut.

Funding to the Ontario Arts Council was cut by $10 million. A $5 million Indigenous Culture Fund was cancelled. The Ontario Music Fund was cut by $8 million, more than half of its previous funding. Two library services saw a $2.3-million cut. Funding to regional tourism organizations is being reduced by $17.5 million. Funding to the Ontario Tourism Marketing Partnership Corporation was cut by $5 million. Grants in support of festival and event attractions were cut by $2 million. Grants in support of tourism investment development were cut in half, to $500,000.

Social, education and other programs

Legal Aid Ontario is receiving $133 million less this year than it had anticipated. A so-called free tuition program was scaled back, so that low-income students can no longer qualify for grants large enough to cover the full cost of their tuition _ a portion of all student assistance will be loans. A 10 per cent tuition cut will mean less funding for universities and colleges. A basic income pilot program was cancelled, as was a planned increase to a $15 minimum wage. The budget for a poverty reduction strategy office was cut in half from nearly $15 million.

Related Stories
Ontario budget has no major tax increases; aims for balance by 2018
Ontario will struggle to balance books without cuts or taxes: report
Ontario not on track to balance budget in 2017-18, watchdog says
Ontario government using rainy day fund to balance the budget
Manufacturing In Focus