Federal budget stands pat on cleantech shift despite change of course in U.S.

Budget 2017 lays out a multibillion-dollar investment in clean technology; it includes funds for energy storage, smart grids and electric vehicles, among many other fields 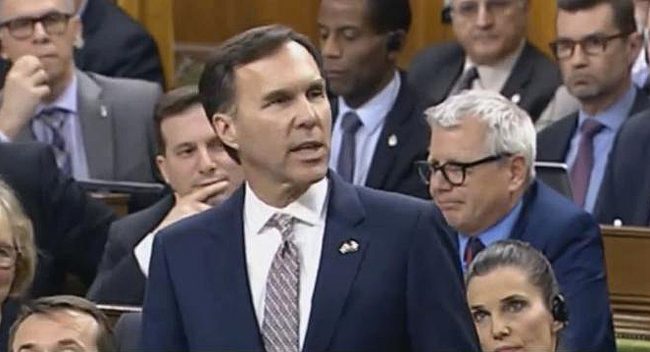 OTTAWA—Amid shouts from the opposition—and with the long shadow of U.S. President Donald Trump hanging over him—Canadian Finance Minister Bill Morneau rose in the House of Commons March 22 to table the federal government’s 2017 budget.

This year’s budget was the Liberal’s second since sweeping to power at the end of 2015 and their first of the so-called Trump era, which has injected fresh uncertainty into Canada’s relationship with its neighbour and largest trading partner. Among the many stark divisions between Ottawa and the new administration in Washington are Prime Minister Justin Trudeau’s avid pursuit of clean economy policies and Trump’s favourable view of fossil fuels.

Despite the paradigm shift south of the border, Canada’s 2017 budget stood firmly behind the government’s commitment to clean technology and reducing greenhouse gas emissions.

“There has been a number of voices in other parts of the business community or in some political parties that are saying, ‘Whoa—we need to slow down on climate action because Donald Trump is not interested in clean energy as an opportunity,'” Clare Demerse, federal policy advisor at Clean Energy Canada, said in an interview.

“Budget 2017 enables Canada’s long-term climate success by making sure our future economic competitiveness is intimately tied to clean growth,” she said in a statement. “Strategic investments in green infrastructure and clean technologies—like smart grids, energy storage and renewable energy—will help the country’s environment and economy as we compete for the rapidly growing global demand for clean energy.”

She pointed to $340 million the government plans to set aside for policy development as a positive step. An accelerated coal power phase-out and clean fuel standards for the transportation, industrial and building sectors are two of the key policies that will need to be implemented.

Among the other big-ticket cleantech investments are $400 million over the next five years to replenish Sustainable Development Technology Canada’s SD Tech and $1.4 billion over three years in project financing support for Business Development Bank of Canada (BDC) and Export Development Canada (EDC), which will help cleantech businesses access capital.

Natural Resources Canada and Transport Canada will also get $229 million over the next four years to support their clean energy and clean transportation research and development efforts.

While the budget included few cleantech surprises—largely meeting expectations and delivering on numerous industry recommendations—Demerse pointed to a new $50 million strategic procurement program known as Innovative Solutions Canada as one of the standout developments.

“One thing that’s been a long-standing ask of [the cleantech industry] is for the government to buy more of their innovation,” she said.

Though the new program is not specifically designed for cleantech, it would support companies looking to land their first contract. Modeled on the U.S. Small Business Innovation Research program, the Canadian version would give start-up businesses an early sales track record when they approach their second, third and fourth customers.

Meanwhile, the government also identified six “Superclusters”—or industries that have particular potential to accelerate economic growth—and singled out cleantech as one of them.

Of the longer-term spending highlighted in Budget 2017, the government plans to spend $100 million on smart grids, storage and clean electricity demonstration projects; $200 million on deploying new renewable energy technology; $120 million to build electric vehicle, natural gas and hydrogen stations; and $182 million to retrofit or build net-zero energy consumption buildings across the country. The investment in all of these programs would span 11 years.

Budget 2017 also sets aside approximately $600 million to help communities both north and south of the 60th parallel reduce their reliance on diesel fuel.

“By investing in clean technology and responsible resource development, we will preserve our environment for future generations, create great jobs, and re-stake our claim as a leading supplier of energy to the world for the next 150 years,” Morneau said in the budget speech.

Still, one caveat to all this spending, Demerse noted, is the timeline.

The federal government announced the $2 billion Low Carbon Economy Fund last year, but budget 2017 has altered its span from two years to five.

“Most of the dollars are not coming until essentially 2019 and onwards,” Demerse said. “That’s going to be something that we’re watching.”

While Demerse noted that big expenditures are an obvious boon for business, she said sustained funding is just as important. So, while companies may be waiting longer to secure investment, they should be poised to take better advantage of it when they get it.