Yes, the global microchip shortage is COVID’s fault. No, it won’t end any time soon

Shutdowns at microchip factories, panic-buying by electronics manufacturers, and legions of workers and home-schoolers needing new devices, have put a global squeeze on the electronics market 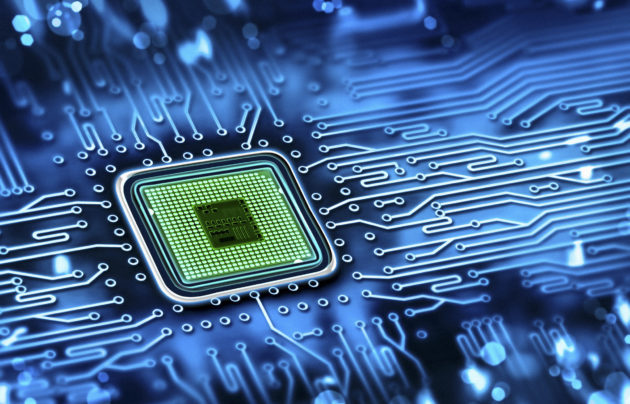 The manufacturing world is facing one of its greatest challenges in years — a global shortage of semiconductors — and there doesn’t appear to be an end in sight any time soon.

According to Acer, one of the world’s largest laptop manufacturers, companies will still be affected by this shortage until at least the first half of 2022.

Semiconductors are an essential component of electronic devices, found in everything from cars and factory machinery to dishwashers and mobile phones. They harness the conducting properties of semiconductor materials (such as silicon), through the use of electric or magnetic fields, light, heat or mechanical deformation, to control the electric current flowing into a device.

Like many current global challenges, this shortage initially began as a result of the COVID pandemic. Staff at semiconductor foundries in China and around the world were unable to go to work, plants were closed and production halted, which led to a lack of supply. The movement of that supply was also slowed down by tighter restrictions at ports and international borders.

At the same time, employees started working from home, children and students started studying from home, and many of us were confined to our homes for long periods. New equipment was needed to support these changes, establish makeshift offices and classrooms in our homes, and upgrade our existing home entertainment options. This prompted a sudden increase in demand for many of the devices that rely on semiconductors.

However, the industries that make these devices also had to stop production for a time, and during that period they stopped ordering semiconductors. This meant there was a sudden increase in demand for goods, but the companies that manufacture these products weren’t making as many as they normally do, or ordering enough components to enable them to meet a rise in demand later.

This is a classic example of the “bullwhip effect”, in which inventory levels suddenly fluctuate in response to unexpected changes in customer demand further along the supply chain.

This didn’t just happen in the electronics sector; it has affected every industry that uses semiconductors in their products, from health care and cosmetics to construction and defence. According to analysis by investment bank Goldman Sachs, this shortage has already impacted at least 169 different industries to some extent.

No time to panic

Unfortunately, panic-buying isn’t restricted just to the toilet paper aisle in Coles and Woolworths. Once rumours of a shortage began to emerge, companies that use semiconductors started panic-buying and stockpiling them. This behaviour adds to the overall impact of the shortage, reduces what little supply is available, and drives up costs.

The automotive industry has been hit particularly hard, illustrating perfectly the scale and complexity of modern supply chains. A car is made of about 30,000 components, sourced from thousands of suppliers around the world. If even one of these components isn’t available at the time of assembly, the system grinds to a halt and new cars can’t be finished or shipped.

General Motors had to stop production at some of its manufacturing facilities as a result of the chip shortage earlier this year, costing the company at least US$2 billion.

The impact of the microchip shortage is already being felt by consumers all over the world, including Australia. Customers hoping to buy a new car or replacement parts can expect to wait up to six months.

Computer manufacturers Dell, HP and Lenovo have warned their prices are likely to rise, and retailers such as JB Hi-Fi have told shoppers to expect shortages of televisions and other electronic goods “for the foreseeable future”.

Even before this crisis, the demand for semiconductors was growing steadily, as products become more sophisticated and technologies such as 5G and the “internet of things” become ever more integrated into our world. The only realistic solution is to increase the supply of semiconductors, and chip maker Intel has already announced plans to scale up its manufacturing of semiconductors, with new factories opening in the United States and Europe.

However, this will take time, so consumers will likely still be feeling the impact of this shortage well beyond Christmas 2021.