With rising human drug use, a collateral rise of dogs ingesting cannabis and opioids

As recreational cannabis use increases, so has the number of calls regarding dogs who have accidentally consumed cannabis products 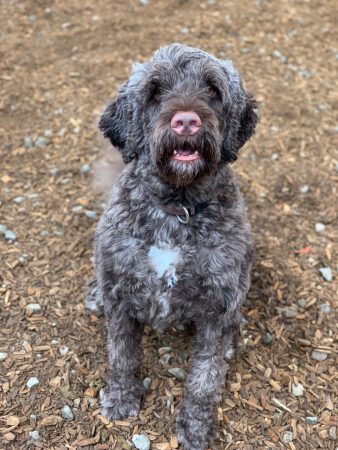 In the past few years, opioids and cannabinoids have received a great deal of attention from the media and public health authorities.

The dangers of opioids remains high, despite the efforts of public health authorities, the medical community, policy-makers and academics focused on combating addiction and substance abuse. In 2019 alone, there were more than 49,000 opioid-related deaths in the United States.

Additionally, changing attitudes towards cannabis and global trends in cannabis legalization have increased access to a variety of cannabis-based products, particularly edibles, which pose additional hazards as the public may be unfamiliar with their safe use.

However, little has been published about how changing patterns of drug use have impacted vulnerable populations that can be accidentally exposed to these products, such as children and pets.

Until recently, claims that dogs are being poisoned through the accidental ingestion of recreational drugs have only been supported by anecdotal evidence from pet owners and veterinarians. Our recent research highlights the potential impacts of opioid and cannabinoid use patterns in humans on pet dogs.

Using data from reported calls to the Animal Poison Control Center (APCC) — which is administered by the American Society for the Prevention of Cruelty to Animals (ASPCA) — our research provides preliminary evidence that both human community-level factors and dog characteristics impact a dog’s risk of an opioid or cannabinoid poisoning.

Community-level factors reflect the level or nature of drug consumption in a given environment, while dog-level factors like breed and size affect an animal’s likelihood of exposure or the health impact of a particular exposure.

For cannabis, our findings suggest that lower legal penalties for cannabis use and possession are associated with an increased risk of dog poisoning events involving cannabinoid products. The odds of these calls were also higher in counties with higher percentages of people living in urban environments and where income disparities were higher. The dogs’ characteristics also influenced these calls, with reports of poisoning from cannabinoid products being higher among non-neutered, smaller and male dogs.

For both opioids and cannabinoids, veterinarians were more likely to call and seek advice from the APCC about a poisoning event. This may reflect a fear among members of the public of reporting these poisonings due to social stigma and legal concerns surrounding illicit drugs.

However, cannabinoid poisoning reports increased between 2009 and 2014, suggesting that the problem may be getting worse for canine populations.

These studies are the first to quantify the spillover effects of human drug use patterns on pet poisonings. Yet there is still much work to be done. Cannabis and opioid poisonings of pets can be traumatic for both dogs and their owners, but we do not have a clear picture of the full extent of the problem due to under-reporting.

While we have identified some socio-economic factors at the county level, we do not know if these characteristics are also shared by the dog owners.

Our research took advantage of a large pre-existing database, but other studies still need to be conducted to support our findings. Education will likely play an important role in preventing these poisoning events, but the appropriate medium, target audiences and messages still need to be explored.

The goal of this research is not to vilify those who use drugs, justify if these drugs should or shouldn’t be legal, or even how they should be controlled. It is to use an epidemiological lens to determine if dogs are affected by human decisions and conditions related to drug use. Human health management and policy decisions related to what appeared to be an exclusively human health issue can have implications for animal populations.

In terms of drug policy, the shift away from a law enforcement to a public health focus should have enormous benefits in the treatment of drug addiction.

The recent popularity of the One Health framework to explore the relationships between human, animal and environmental health may reveal other unexpected connections. Education and policies to encourage the safe use, storage and disposal of cannabis and opioid products should consider a variety of vulnerable populations, including pet animals.

For the public, the main take home message from our research is that it is important for people to be aware of drugs in their environment. Accidental exposures to pets and other vulnerable populations, including children, are preventable.

For consumers of recreational drugs, whether legally or illegally acquired, there is a responsibility for the proper storage and disposal of these products. With education, we can prevent these tragic poisoning events.