Will the pandemic experience help us address climate change? – Viewpoint

Climate change, in its impacts on our society, will have the capacity to destabilise and push social, political and economic systems to their limits. We will have to be bold 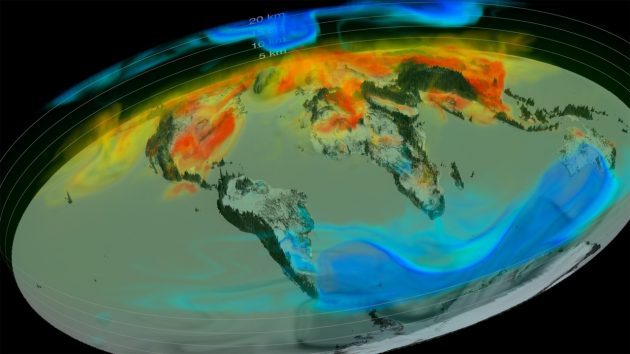 A giant wave called recession arrived with COVID-19. But those surges will be followed by a bigger, even less manageable one – a devastating tsunami called climate change.

The description corresponds to a cartoon by the Canadian cartoonist Graeme Mackay, which went viral during lockdown. And, of course, new waves would follow climate change, such as biodiversity collapse or extinction.

UN Secretary-General António Guterres has stated, also metaphorically, that “there is no vaccine for the planet” in the face of climate change.

Thus, no sinks will magically emerge in the atmosphere to cleanse it of greenhouse gases. Nor do technological advances seem likely to reduce the excess particulates that cause the earth’s surface to warm.

In the meantime, we wait on the beach. There is some rip current from the previous waves, but we enjoy a sweet mojito of mass vaccination, positive economic expectations or the arrival of emergency funds.

A realistic vision of the future

We still need to sugarcoat this reality, that uncomfortable truth announced by Al Gore, with a slant of optimism. However, apocalyptic discourses are beginning to be considered a means rather than an end.

Pablo Servigne and Raphaël Stevens speak of “collapsology”. They do so with the idea that the drawing of catastrophic but realistic scenarios will allow us to react and continue to seek answers to this challenge.

Professor Corey Bradshaw’s approach, along with other authors, is similar in his article entitled Underestimating the challenges of avoiding a frightening future. Bradshaw et al. explain that we must be able to have a realistic appreciation of the colossal challenges we face in order to at least be able to chart a less devastated future. We also need to build on successful actions, present and past, to “prevent extinctions, restore ecosystems and foster more sustainable economic activity at local and regional scales”.

COVID-19 has shaken up society

In that spirit, it is worth asking whether we can take our recent experience with COVID-19 as a positive reference point from which to build our response to climate change. Or at least, following Servigne and Stevens, to extract knowledge that will allow us to manage the breakdown in a positive and planned way.

After all, the impact of COVID-19 has led to a disruption, albeit only for a limited time, in the functioning of our society. But this is not an extraordinary event. In the coming years we will have to develop and implement social programmes that should be innovative, but also may also prove radical, disruptive and difficult.

And above all, they will be necessary if we want to maintain social cohesion, equity and solidarity in our society in the face of the climate emergency.

Climate change, in its impacts on our society, will have the capacity to destabilise and push social, political and economic systems to their limits. We will have to be bold, but we will also have to show solidarity.

The economist Mariana Mazzucato, on the basis of COVID-19, has gone so far as to explain that, in order to protect ourselves, governments should apply “climate lockdowns”.

Some of the measures of these lockdowns would “limit the use of private cars, ban red meat consumption and impose extreme energy-saving measures, while fossil fuel companies would have to stop drilling”.

All this she says, will be required if we were not able to “reform our economic structures and do capitalism differently”.

But what experiences from the pandemic that may now be less uncomfortable to raise could allow us to face other challenges?

Some measures, applied with varying degrees of success during the pandemic, could be applied for use in dealing with some of the most challenging effects of the climate emergency:

Has the learning experience been positive, and will we emerge stronger? The social and political noise might at times tell us no, but in the long run we will have to.

This article is part of a series on recovering from the pandemic in a way that makes societies more resilient and able to deal with future challenges. It is supported by PreventionWeb, a platform from the UN Office for Disaster Risk Reduction. Read more of the coverage here.