Why we need to seriously reconsider COVID-19 vaccination passports

The promise of improved pandemic travel will likely be kept, there will also be a series of policy challenges, privacy concerns and troubling consequences of social sorting. 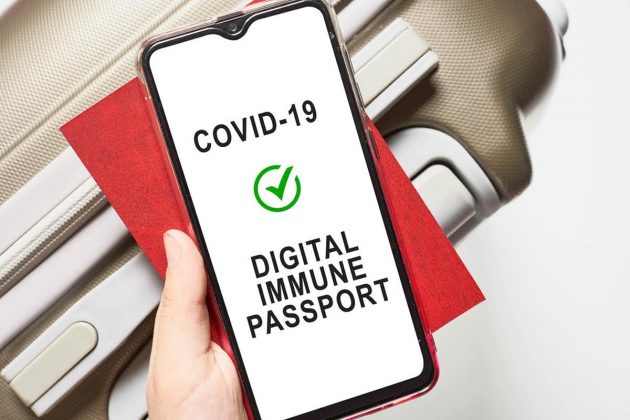 In 2003, Canada’s immigration and citizenship minister, Denis Coderre, declared that “the biometrics train has left the station,” making reference to new technologies like facial recognition and retina scans.

Coderre’s statement demonstrated the perceived inevitability, along with the innocent embrace, of new biometric technologies.

It’s eerily similar to contemporary statements about vaccine passports. And, much like the rollout of biometrics, the solutions promised by these technologies outweigh the public’s appetite for debate. So what’s changed in the past 20 years, and why should we care?

Proposed vaccine passports are moving forward with little scrutiny due to their promise to solve many travel-related challenges during and after the COVID-19 pandemic. The emergence of biometrics and surveillance in post-9/11 border security tells a similar story.

Currently, vaccine passports are presented as a relatively simple technological solution to our current travel woes. However, like biometrics, vaccine passports will likely become permanent parts of our daily lives. That means meaningful public debate and discussion about their merits and problems is essential.

There is growing scholarly trepidation with “function creep” — the way technologies are gradually used for much more than their originally intended purposes.

These concerns dovetail with related fears about the rapid erosion of privacy. They should not be ignored, nor should they be considered trade-offs for political promises of safer and more efficient travel. Regardless of how effective vaccine passports may be, concerns about their use demand public conversation.

Intensified security at borders and in airports was believed to be a necessary evil of the post-9/11 world. Biometrics and surveillance provided a “sorting” function that improved travellers’ experiences. They promised to streamline interactions with reinforced border security. This positive dividend overlooked the wider social sorting functions of these technologies.

Largely ignored was the way travellers and populations were categorized along lines of race, gender and class. Similarly, in the face of nationwide lockdowns, the promise of a return to safe and efficient travel quiets criticism.

Such technologies also challenge how we negotiate personal privacy. They contribute to enhanced law enforcement powers, and are increasingly presented as acceptable trade-offs for rediscovered mobility.

The pandemic, together with related government responses, have exposed the inequities in our society.

As a result, we should be troubled by the open embrace of vaccine passports. The lessons of the past two decades of surveillance in society have shown us that identification technologies such as biometrics have consequences that go well beyond their intended use.

Contemporary vaccine passports will bear little resemblance to the handwritten vaccination cards of the past. Instead, they will likely reside on our smartphones.

Responsibility rests with us

That means the responsibility for them rests squarely with the citizen. Decidedly different than the responses to security challenges after 9/11, vaccine passports are not products of large transnational corporations.

Instead, regular citizens with programming skills who engage in “participatory democracy” on GitHub, an internet platform that hosts software development through volunteer programming, are proposing solutions. In the months following the first media mentions of vaccine passports, more than 40 related projects were launched on GitHub.

The majority of them are apps that use a smartphone’s algorithms to collect sensitive data such as name, date of birth, vaccine brand, dosage and mailing addresses. As one volunteer programmer writes: “I decided to stop enduring the effects of the pandemic and start to act.”

A trend is emerging: programming-savvy citizens who code for corporations by day now do so for public safety by night. The political significance of this cannot be understated.

The next generation of entrepreneurs are technologically savvy. These citizen-programmers imagine a future where safety, mobility, freedom and the dream of the return to pre-pandemic normalcy may intersect. But this intersection will be on the smartphone.

The consequences of biometrics and surveillance rolled out in response to the security challenges of the post-9/11 world had widespread consequences. Similarly, leveraging smartphones as the vehicle for vaccine passports will be fraught with rights and civil liberties violations.

Research over the past two decades into surveillance is clear — it threatens individual freedoms and amplifies social differences. Social sorting technologies like biometrics not only verify that “you are who you say you are,” they also assess risk and categorize each of us in the process.

Proposed to solve problems related to enhancing secure and efficient travel, the consequences of vaccine passports are much broader. Surveillance and biometrics assign worth and opportunity. They also assign differential access to goods, services and places.

Vaccine passports provide the opportunity to add health data to our mobile personal data devices. While the promise of improved pandemic travel will likely be kept, there will also be a series of policy challenges, privacy concerns and troubling consequences of social sorting.

The absence of meaningful debate about turning to consumer technology as a vehicle for vaccine passports is serious. In the early 2000s, questioning the reliance on biometrics and surveillance was often regarded as suspicious, speculative and even anti-modern.

Today, public criticism and deliberation about vaccine passports is also overlooked and even discredited. Concerns over vaccine passports are sometimes conflated with anti-mask and anti-vaccination sentiments.

Safe and efficient travel is the coveted prize. However, failure to have fulsome public conversations about the long-term societal impact of vaccine passports will leave our privacy and civil liberties exposed.