Diplomacy aside, it’s time to do more than agree to cut emissions. 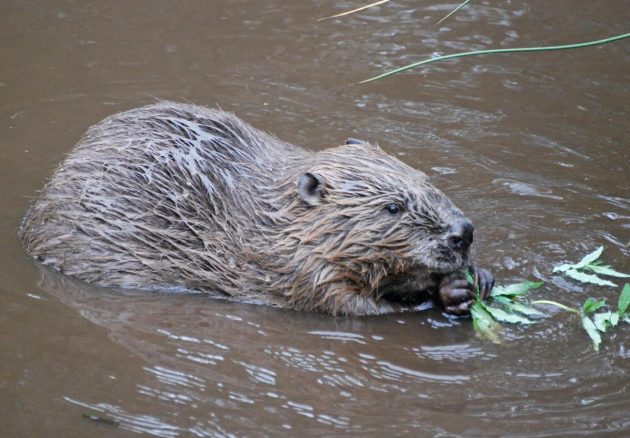 The beaver was reintroduced in the United Kingdom in 2017, as part of a rewilding program. (Shutterstock)

Recent adverse climate events — such as summer wildfires — have given Canadians something to worry about. Despite reports that most countries are not on track to meet their 2030 emissions targets to keep the Earth’s warming to within 1.5 C to 2 C, many continue to pin their hopes on fulfilling the goals of the Paris Agreement.

Diplomacy aside, it’s time to do more than agree to cut emissions. Some scientists say an engineered climate recovery must be taken seriously, with aggressive and deliberate management strategies put in place. We need to cultivate citizen interest and government support for research into the development of large-scale geoengineering projects.

As a media and communications scholar, I cannot argue that one science is superior to another. My research examines how Marshall McLuhan’s thinking about technology relates to the current climate crisis. Drawing on the work of McLuhan and others, I believe there are emerging technological options of urgent interest to citizens committed to a sustainable future, and we need to pursue these rather than holding onto remnants of a new normal.

The end of nature

In a Playboy interview the 1960s, McLuhan, a media theorist, presented his view that by circling the planet with sensors and satellites we had put an end to nature. He was referring to instantaneous and accelerating global communication, but predicted other imminent technological advances such as regulating the release of media content to address social needs or constructing air-jet walls to adjust room temperature.

To counter criticisms opposing the cultivation of such artifice and programming, he observed that urban dwellers accept without question automatic adjustments to street lighting, and yet the electric light bulb was a landmark device establishing de-naturalized conditions.

While conceding that living in programmed surroundings was not what he wanted, McLuhan claimed that the time for debate had passed and that our task was to understand media and technologies, and to exert deliberate forms of control over nature.

Other technology theorists have taken up his broader point that having opened a Pandora’s Box of technologies, humans need to steer its use and outcomes rather than disdain or ignore things we have made.

While calling for more of the very thing that provoked disaster may seem counterintuitive, it may provide the best way forward. It’s too late to return to more pristine pre-industrial conditions or to wish away the carbon already in our air. In her 2019 book, climate researcher Holly Jean Buck noted that our times urge us to make innovative and even risky repairs to restore the planet by building a tech-dependent future few of us want. It may be the surest way to hold onto “nature.”

We already depend on daily technologies to solve problems small and large, taking aspirins or vaccines for health or using electric lights and the internet to do work.

More eye-catching and renowned is Bjarke Ingels’s CopenHill. The artificial mountain in the heart of downtown Copenhagen turns 400,000 tonnes of the city’s waste into energy and doubles as a ski hill.

Once the stuff of solarpunk speculative fiction, “marine cloud brightening” is now being tested as a way to deflect solar energy and save corals in Australia’s Great Barrier Reef.

Another emerging technology directly captures carbon from the air. Orca, the world’s largest direct air carbon capture and storage plant, opened in Iceland in September. It removes 4,000 tonnes of carbon dioxide from the atmosphere, mixes it with water and injects it deep underground, where it is turned into stone.

The plant will have little impact on global emissions and the technology is expensive to build and run. But several other large facilities have been proposed, including one, in Scotland, spearheaded by the Canadian company Carbon Engineering, that would remove up to one million tonnes of carbon dioxide annually.

Advocates for the exploration of geoengineering often court pushback: this science, still in early stages, is expensive, potentially dangerous and unpredictable, and may distract the world from reducing fossil fuel emissions. Such big science dreams may drive us further down the path of human-devised destruction.

There are also questions of labour and equity: who will do the work, benefit from it, define it?

Questions of funding and control are also critical: corporations may use such innovations as sideshows enabling them to maintain fossil fuel empires. Under current development models, the global north stands to continue advantaged.

This leads to the question of whether such technologies demand a new form of planetary politics and policy, a co-operative de-territorialized governance that exceeds the reach of the current United Nations model. Of course, no one can say what this might look like, although a speculative model is currently being explored in Planet City, a collaborative project by film director and architect, Liam Young.

With a nod to the complex interactivity of ecological systems, critical theorists of the Anthropocene — an era defined by human impact on geology, climate and ecosystems — have dedicated a decade to mapping how humans have damaged climate and ecosystems, sometimes unwittingly, often irretrievably. They argue against the continued elevation of the needs of humans over other species and discourage attempts to regulate intricate systems that instead deserve more reverent attitudes of empathy and understanding.

Yet there has been recent backlash against this position. Real crises like the pandemic and climate degradation require scientific interventions and management strategies, not bowing out and stepping back. The argument that technology is a necessary resource for humans to draw on strategically to support and protect social and planetary life increasingly makes sense. We face high-stakes problems of our own making, yet still within reach of intervention and solution.

Citizens need more information about the menu of possible options for geoengineering our planet, as well as the threats and promises of pursuing each. Looming questions about safety, control and economic advantages remain. Yet developing geoengineered interventions, and running these alongside ongoing emissions reduction strategies, provides a framework for avoiding worst-case scenarios and for moving forward with cooling and repairing the planet.