Why voter loyalty to incumbents could spell victory for Trump 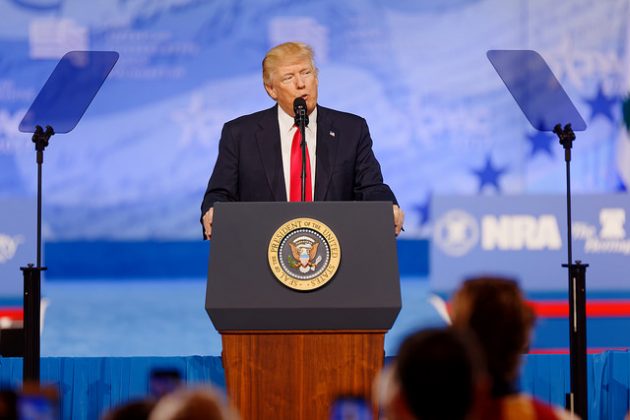 The outcome of presidential elections in the United States is relatively easy to predict. After all, there are only two candidates and the outcome of voting in most of the 50 states is evident well in advance of November.

George H. W. Bush was the only one-term Republican president in more than 100 years, but he ran for re-election after 12 years of Republican rule. Jimmy Carter is the only Democratic president who lost the White House after a single four-year term.

Not only do presidents running for re-election almost always win, they win big. Incumbents gain more votes than during their first successful run for the office. In recent history, only Barack Obama failed to do so.

Americans are conservative voters in the sense that they don’t like change. This can be understood when examining the limited power of presidents. Although presidents may boast about their objectives and accomplishments, their ability to create policy change is highly circumscribed.

American presidents have a potent bully pulpit that has increased in scope with the rise of new communications technology, but they are far from powerful when compared to other elected leaders of democracies. The wall that President Donald Trump has often promised along the border with Mexico during his many rallies, for example, is far from being completed.

Presidents face a term limit that was put in place after the Second World War. No one can be elected president more than twice. This is in contrast to other democracies like Canada, where Pierre Trudeau ruled for 16 years, and Germany, where Angela Merkel is in her 15th year and still going strong. Voters know that 2020 is the last time Trump will be on the ballot.

Like Canada’s Constitution, the U.S. has a federal system of government that grants significant responsibilities to the 50 states of the union. Those states also have directly elected representatives on Capitol Hill in the form of senators and members of the House of Representatives.

This places limits on presidential power, illustrated by diverse policies aimed at containing COVID-19, but also with regard to gun control, capital punishment, education, labour and employment laws and much more.

Much like Canadian prime ministers who must contend with formidable provincial and regional demands, U.S. presidents face persistent opposition from states, especially the most populous ones: California, Texas, Florida and New York. American presidents never forget the Civil War that arose in part when the interests of some states were not sufficiently accounted for in Washington.

In Canada, and other countries governed using a Westminster model, the prime minister is simultaneously the head of both the executive and legislative branches of government. The office holds power in Parliament by deciding the legislation and budgets that are passed, and the prime minister has the responsibility to implement the decisions as head of permanent civil service. Any U.S. president likely looks with envy at the enormous power of Canadian prime ministers.

The U.S. president, on the other hand, only heads the branch of government responsible for implementing or executing the decisions made by legislators in Congress. As a consequence, presidents are engaged in constant battle, lobbying and negotiation with Congress.

Congress itself is not monolithic but split into two bodies — the Senate and the House of Representatives — which are often at loggerheads in terms of legislation and budgets. There’s also little party discipline in Congress, giving individual senators and members of the House of Representatives considerable influence to shape legislation and policy.

Canadian MPs, in contrast to prime ministers who generally wield more power than U.S. presidents, likely look with envy at the freedom that members of Congress have from the priorities and directives of their party.

Not only does Congress make laws and set budgets, it also impeaches presidents and can remove them from office. Two of the last eight presidents — Trump and Bill Clinton — have been impeached while a third, Richard Nixon, resigned just before his impeachment.

Elections to the House of Representatives and the Senate also highlight how loath the American electorate is to vote against an incumbent. Less than 10 per cent of members of Congress who run for re-election are defeated at the polls.

When seen in a comparative context, the term limit, the extensive authority of individual states and the constitutional division of powers mean that presidents are severely hampered in their scope of policy action.

But Americans at the ballot box have historically adopted the adage: Better the devil you know than the devil you don’t. Whether this will continue to be the case will determine the winner of next week’s election.