Why the youth climate court case failed, and what’s next for Canadian climate policy 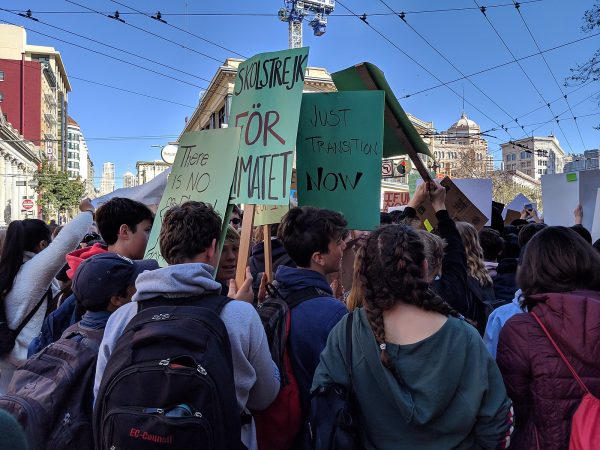 Last week, the Federal Court dismissed a case 15 young Canadians brought against the federal government because of its record on climate policy.

The plaintiffs filed their case in October 2019, claiming their rights to life, liberty and equality were being violated because Ottawa had not done enough to protect them against climate change, despite knowing for decades that it will disproportionately harm children.

The court concluded that it was “plain and obvious” that the case was doomed to fail, making a full trial pointless.

Intentionally or not, the court has given Canadians a big wake-up call. It shows that citizens need to take action on climate. Here’s why the case failed, and what’s next for climate policy in Canada.

What was the youth climate case about?

In the case, La Rose et al. vs. Her Majesty the Queen, the plaintiffs argued that Canada’s climate inaction violates their constitutional rights and the rights of all children and youth in Canada — now and in the future.

They argued that the federal government has a public trust duty — a fiduciary obligation — to protect the common natural resources such as air (including the atmosphere), water and the Arctic permafrost critical to sustaining human life and liberties.

Finally, they requested an order requiring the government to create a legally binding climate plan consistent with Canada’s fair share of the remaining global carbon budget necessary to stabilize the Earth’s climate system.

Why did the court dismiss the case?

The Federal Court determined the constitutional arguments are so political that the courts are unsuited to deal with them. Their claims question the whole of Canada’s response to climate change, which the court decided is a matter for the legislative and executive branches of government, not the judiciary.

While the court concluded the public trust argument raised a properly legal — not political — question, it found this argument too broad and unprecedented to succeed at trial.

Climate cases have had mixed success around the world, but some courts have sided with the plaintiffs’ push for greater government action.

In 2015, a Dutch court set a legally binding emissions target and deadline for the Netherlands, and the Dutch Supreme Court confirmed the ruling last year.

In 2018, the Supreme Court of Justice of Colombia ruled in favour of 25 child plaintiffs who argued their rights to life, water, food and a healthy environment were threatened by increasing deforestation in the Amazon.

And in the summer of 2020, the Supreme Court of Ireland rejected Ireland’s National Mitigation Plan because it failed to specify how Ireland will transition to a low-carbon economy by 2050. The court ordered the government to create a concrete plan.

Canadian climate advocates hoped these cases would help convince our courts to hold the government accountable for its inadequate action on climate change. But these cases differ from the Canadian case in two important ways.

First, each had a specific legal basis for judicial intervention. In Colombia and the Netherlands there’s a constitutional right to environmental protection. In Ireland the plaintiffs based their claim on the government’s inadequate implementation of Ireland’s Climate Action and Low Carbon Development Act. Canada has neither a constitutional environmental right nor a single, all-encompassing climate law.

Second, Canadian courts have no appetite to tackle climate change. They prioritize the legal status quo and repeatedly decline to rethink our laws to meet the existential threat of climate change.

In dismissing the youth climate case, the court acknowledged that climate change is serious, but not serious enough to reconsider the reach of the constitution. The court explained that it “cannot circumvent its constitutional boundaries … no matter how critical climate change is and will be to Canadians’ health and well-being.”

There’s still an important role, however, for smaller climate cases that focus on specific policies and projects. A proposed coal mine in Alberta, for example, will likely be challenged in court because of its climate impacts and local contamination risks.

Small, unsexy climate cases are important, but they won’t save us. They take too long, and even when they succeed in stopping destructive projects, they don’t help us imagine sustainable alternatives to business as usual.

A leading climate law expert called the Colombian Supreme Court of Justice’s 2018 ruling “one of the strongest environmental decisions ever issued by any court in the world.” While that may be true on paper, its impact on the ground is another story. The Colombian government hasn’t complied with the court’s order and deforestation in the Colombian Amazon continues.

But that hasn’t stopped the Colombian youth plaintiffs from working with lawyers, researchers and Indigenous knowledge holders to create the “intergenerational pact for the life of the Colombian Amazon” ordered by the court. The pact must include “national, regional and local actions of a preventative, obligatory, corrective and pedagogical nature.”

Good Anthropocenes are positive and hopeful scenarios for people and the planet. These scenarios are developed by communities from the bottom-up. They’re realistic, because they’re grounded in concrete practices. But they’re also radical, because they’re transforming the status quo.

Examples are many and diverse:

So what does this mean for Canadian climate policy-making?

The federal court dismissed the youth climate case because climate policy is a matter of politics, not law.

We can’t afford to wait years for confirmation of the government’s obvious climate responsibility. We have to act now by envisioning sustainable futures for our communities, and demanding our governments help us make those visions a reality. Canadian examples of good Anthropocenes include:

Each of these projects is doing what no court can do: bringing people together to imagine and put into practice new and sustainable ways of living.