Why Taiwan’s machinery industry is caught in trade crosshairs

The U.S.-China trade spat is bad for business. Many countries and companies are exposed because of their interconnected supply and revenue chains. Taiwan is a prime example 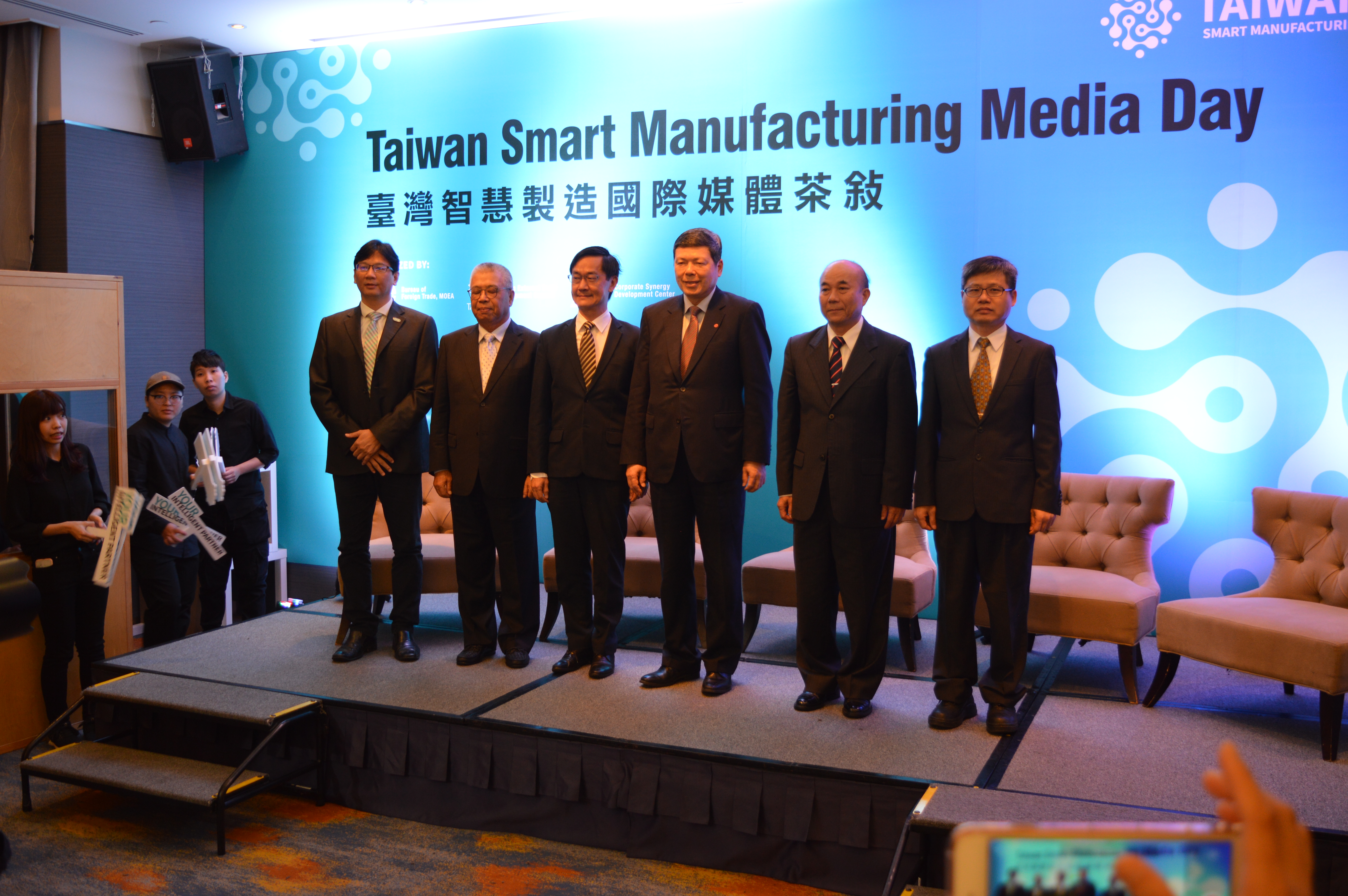 It should be lost on no one that the world’s two largest economies have had tariffs in place covering some US$360 billion in bilateral trade over the last year. The global trading order and supply chain has been thrown off kilter as a result of the protracted trade dispute, pushing prices higher and reducing demand on goods.

The spat between the United States and China has threatened the economic stability of countries caught in the middle and analysts say the risk is signalled by investors pulling out of stock markets for fear that a prospective agreement between the trading partners is unravelling.

Taiwan is a third party in the equation, yet the effects of the trade dispute were immediately apparent once the trade war rhetoric ramped up at the start of March 2018. An analysis by the OECD ranked Taiwan at the top of a list of countries most affected by U.S. tariffs on Chinese goods via supply chains. In contrast, Canada led the pack as the country most affected by Chinese tariffs on U.S. goods via supply chains.

Some 80,000 Taiwanese companies operating in China could be exposed because of their interconnected supply and revenue chains. Products made by Taiwanese manufacturers at plants in China are effectively considered to be “Made in China.” These manufacturers of machinery products, electronics and automation, supply a host of industries such as automotive and aerospace and depend heavily on mainland China’s supply chains for assembly, export opportunities and market access. They share common challenges in facing revenue losses due to U.S. tariffs, posing a threat to Taiwan’s export- and tech-oriented economy.

The impact of the trade war, however, is equivocal. On the one hand, when Japanese investment bank Nomura looked at trade data for the world’s 50 biggest economies, it found that diversion of U.S. imports of goods, such as electronics, have favoured Taiwan, so far. On the other, the economy of Taiwan has seen lower demand from China, its largest trading partner, and this reality led foreign investors to shy away from stocks in Taiwan in May, according to Moody’s Analytics.

If the trade war was contributing to a slowdown in orders, it was not enough to dampen business confidence at a recent Taiwan External Trade Development Council (TAITRA) press event held in Taiwan’s Taipei City on May 6. The panel of senior decision-makers remained bullish on trade, agreeing that international relations and trading partners’ perceptions remain strong enough to withstand the trade conflict.

“Our U.S. markets are inquiring about machines,” said Alex Ko, chairman of the Taiwan Association of Machinery Industry chairman (TAMI). “The demand for orders is there, but people are postponing their decision-making time.”

Ko said buying was slow at the end of 2018 and at the start of 2019, but he said the impact of President Donald Trump’s 25% tariffs on Chinese goods would have a negative impact on Taiwanese factories in the short term. That would change in the longer term, said Ko, as Chinese machines would increase in price due to tax implications, and benefit Taiwanese companies.

Dr. Kou-I Szu, president, Hiwin Mikrosystem Corp. agreed with KO. “The trade dispute, lower utilization rates and a low-season effect, have made Chinese clients more conservative about orders and this has lowered orders,” Szu said, adding that there were promising signs that momentum should pick up later this year.

Taiwan’s President Tsai Ing-wen told the Taipei Times that Taiwan’s economic fundamentals remain sound enough to withstand the knock-on effects of the tariffs imposed on Chinese products. Her reassurance came with a rider: Taiwanese firms will need to return home from the mainland, she said.

Related:
Foxconn chairman Terry Gou says he is stepping down

Her government has sweetened the pot for manufacturers by offering tax and other incentives for those that are willing to return. Taiwan’s Ministry of Economic Affairs launched a “welcome back” program in January, which has seen 30 companies ready to return to the island from mainland China. The program holds a degree of promise for combined investments valued at $5.2 billion and 15,000 jobs to local workers.

Further, manufacturers are looking for opportunities to set up factories in other countries. “India and Southeast Asia represent great opportunity,” said Hiwin’s Szu, alluding to Taiwan’s New Southbound Policy, which is designed to reduce dependence on China and focus instead on the growth and trade potential inherent in the Association of Southeast Asian Nations (ASEAN) region, including Malaysia, Indonesia, Singapore, Thailand and Vietnam.

Prospecting in the ASEAN region is also in keeping with Taiwan’s desire to enter the Comprehensive and Progressive Agreement for Trans-Pacific Partnership (CPTPP), a trading bloc between Australia, Brunei, Canada, Chile, Japan, Malaysia, Mexico, New Zealand, Peru, Singapore and Vietnam.

Taiwan is dominated by small- and medium-sized enterprises, and the majority of Taiwanese investment in Canada has been pursued by smaller companies. As members of Asia-Pacific Economic Cooperation (APEC) and World Trade Organization, Canada and Taiwan hold similar views on free trade and economic liberalization. Taiwan exported US$317.4 billion and imported US$259.5 billion in 2017 as an independent economy, according to the World Trade Organization. Trade represented 62.7% of GDP in Taiwan from 2015 to 2017.

The broader dilemma for Taiwan is that it will remain in political deadlock with the People’s Republic of China as long as it relies on China – “The World’s Factory” – for trade. That’s because Taiwan’s economy has unfettered ties and dependence on the mainland’s supply chains for assembly, export opportunities and market access. More than 40% of Taiwan’s exports – mostly low value-added midstream components, such as parts for electronics and machinery – and more than 70% of its outbound investments go through China.

The island nation’s longstanding economic troubles are underpinned by political disputes over sovereignty between Taiwan and mainland China. Beijing considers Taiwan to be a wayward province that needs to be brought back to the mothership – by force if necessary. The country is divided between pro-unification parties (KMT, PFP and New Party) and independence parties (Democratic Progressive Party (DPP) and the DSU). The DPP is currently the majority ruling party, controlling both the presidency – under President Tsai Ing-wen – and the unicameral Legislative Yuan.

Worth noting, Terry Gou, president of Hon Hai Precision Industry Co., Ltd., is seeking the nomination of the largest opposition China-friendly party (KMT). Hon Hai, which trades as Foxconn Technology Group, is Taiwan’s biggest contract assembler of consumer electronics (it makes iPhones for Apple). With revenues listed at NT$414.1 billion ($17.6 billion) on the Taiwan Stock Exchange, Gou’s sprawling electronics manufacturing empire is based on strengthening economic ties with China, where the cost of building factories and labour costs are lower.

As the tariff dispute remains in focus, current economic and strategic pressure is likely to harden Taiwan’s resolve to rely less on mainland China and strengthen trade and investment ties with its neighbours, mainly India and Southeast Asia.

In response to its geopolitical conundrum, Taiwan has sought to diversify its commercial partnerships to avoid outright dependence on the mainland. Taiwan’s machine tool industry is a case history in how the island nation has set a course to accelerate production shifts.

Unlike Taiwan’s semiconductor and display panel industries, the machine tool industry has maintained a strong manufacturing presence. Taiwan is currently the world’s fourth largest exporter of machine tools, registering more than US$3.6 billion in export shipments in 2018,
from its network of more than 1,000 precision machinery manufacturers and 10,000 plus downstream suppliers, said TAITRA president and chief executive officer Walter Yeh.

Capitalizing on the dual advantage of its precision machinery and ICT industries, Taiwan’s value-added machine tool industry supply chain is being shuttled in the direction of “intelligent” machinery and manufacturing, complete with the capability to implement robotics, sensors, Internet of Things, and Big Data applications. To build momentum, strategic government initiatives such as its 5+2 Industrial Innovation Plan incentivize machine tool producers to build their value chains across the sector, now contributing more than NTD$1trillion (US$25.6 billion) to the island’s economy, said TAMI’s Ko.

The Greater Taichung area, home to 1,500 large manufacturers and 10,000 smaller satellite firms, is a veritable supply chain covering key parts and components, from machine tools, dies and molds, metal cutting and milling tools, to power and transmission components. The area has been designated as a demonstration centre for integrating online and offline elements, with the goal of building partnerships between interest groups and relevant industries.

The role of large companies in the region is not to be understated as they support the development of small and medium-size enterprises (SMEs) through purchasing and subcontracting. As an example, industrial conglomerate Fair Friend Group (FFG), headquartered in Taichung, is able to step up to the challenges of digitalization and transform its business to a digital company through its collaboration with Germany’s largest industrial manufacturing company, Siemens AG.

The partnership with Siemens will allow FFG to harness Siemens’ digitalization and automation technologies for its machine tools and machine tool technologies. Their open-access structure offers machine manufacturers the means to gain a competitive advantage by developing high-performance applications for machine operators that form the basis for new services and business models.

By setting up a smart manufacturing ecosystem with machine tool manufacturers reorienting their strategies towards automation and smart options that cultivate new sales markets, new products and services, the industry may have found an antidote for Taiwan’s economically vulnerable factories.

How to play it

How Taiwan’s economy pans out in the short term largely depends on one major factor: how the talks between the U.S. and China over their trade dispute plays out.

At the time of this writing, the U.S. and China had completed 11 rounds of talks. President Donald Trump and his counterpart Xi Jinping are expected to meet at a summit of the Group of 20 on June 28-29. It remains unclear whether the two will resolve their tensions.

But what’s good for politics may not be good for business prospects. Taiwan remains a hot button issue in the U.S.-China relations and, arguably, the island’s value to the U.S. will only increase as the trade war escalates.

If President Tsai Ing-wen has her way in maintaining Taiwan’s functional independence, businesses would replace products manufactured in China with high-value products made in Taiwan, and also bolster export relations with the U.S.

Foxconn’s Gou, who built his fortune assembling Apple’s iPhone in China, warned on social media that Taiwan should tread lightly in the trade dispute between Beijing and Washington, particularly since the U.S. has ramped up support for Taiwan as a counterweight to China’s dominance.

Still, in the event that manufacturers shift their business away from China, that transition would take time. Emerging markets such as India and Vietnam do not have the complete supply chain and logistics network that China offers, say analysts.

A sanguine reading of where things stand is that manufacturers with ties to both Chinese and global markets will need to strike a balance, all the while considering Washington and Beijing’s position in relation to Taipei.

A viable game plan for Taiwanese manufacturers would be to exercise prudence in choosing their path to economic stability and long-term prosperity. “Our opportunity lies in how we observe our customers so we can strike a balance between demand and supply,” says FFG’s Andy Hung.