Why hydrogen energy has seduced a generation of politicians

Hydrogen isn't very efficient, but it fits many business models 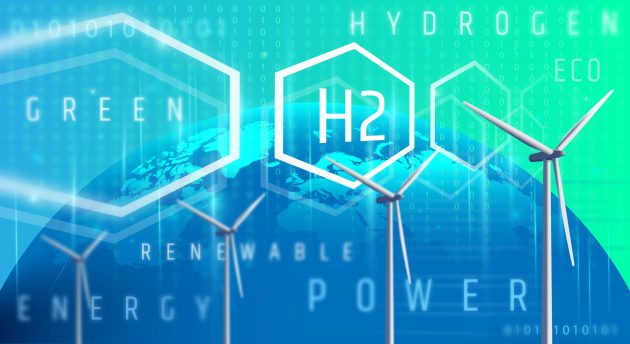 Hydrogen is often touted in the scientific and general media as a silver bullet for reaching net zero emissions. Such articles might include the following claims:

It’s the most common element on Earth.

It can be synthesised from electricity and water.

It can be stored and used to produce heat and electricity.

It provides energy without harmful CO₂ emissions as it burns to water.

When liquefied the energy per unit weight is superior to fossil fuels.

It can deliver power via a fuel cell.

It can be transported using the existing gas grid.

It burns at a similar temperature to natural gas.

Although I could put a “but” after all of the above, hydrogen presents a compelling case for its widespread use to support net zero. So, what’s not to like about it?

Although hydrogen is the most common element in the universe it does not come for free. It is bound up in compounds such as fossil fuels and water and requires energy to break the chemical bonds to release it. It is not energy efficient: for every three units of energy provided by hydrogen you have to put one unit of energy in.

But hydrogen receives so much interest because it fits many business models. Fossil companies like it because it will be derived from fossil fuels for the next decade or more. Gas grid operators and gas boiler manufacturers see hydrogen as their only survival route as fossil fuel burning is being phased out. And the power utility companies also like it as they’ll be able to sell more power thanks to hydrogen inefficiencies.

Hydrogen is being pushed in the UK by various highly influential groups. These include an advisory council – jointly chaired by the government and Shell – an industry taskforce and a cross-party group of MPs and peers, the All Party Parliamentary Group (APPG) on Hydrogen, which is sponsored by the following:

… fossil fuel companies, gas grid operators, gas boiler manufacturers and power companies. Organisations who will benefit from the adoption of hydrogen. The group has put out a very favourable report.

There is nothing new or wrong in big business promoting their service or product, as they are mandated by their shareholders to turn a profit. Yet these groupings promote hydrogen in near isolation and do not fully present the benefits in comparison with other net zero heat and power options, for example electrification or biofuels. In this isolated context it is easy for politicians to be seduced with “what’s not to like about hydrogen?”.

Academics at Exeter and Imperial universities recently investigated this hydrogen bias in the UK heat sector. Their study concluded that: “Incumbents [actors within the heat sector] are overselling ‘green-gas’ to policy makers in order to protect their interests and detract from the importance and value of electrification.”

The APPG’s recently issued call for evidence on the role of hydrogen in powering industry may be perceived as an example of such bias. The group’s chairman, Jacob Young MP, said it wanted to hear from all relevant businesses and authorities to “understand what needs to be done to ensure that hydrogen plays a crucial role in industrial decarbonisation”.

So the outcome of the evidence is pre-prescribed to “ensure hydrogen plays a crucial role”. To my mind that is deeply troubling as it gives no scope for providing evidence for the many drawbacks. For example, it will cost much more to provide heat and power with hydrogen when compared with electrification, since inefficiencies mean you have to use much more hydrogen than electricity.

If you look at Young’s social media posts you find this:

It looks as if Kwasi Kwarteng, the government minister in charge of business and energy, is facing a lot of encouragement.

Even a relative hydrogen sceptic like me realises that it will have a role in reaching net zero. Hydrogen is a very useful building block for a range of chemicals that benefit society, none more so than ammonia which is used to produce fertiliser and help feed the planet. So our first hydrogen action should be to decarbonise current CO₂-emitting hydrogen production.

Hydrogen may also find applications in heavy haulage, aviation, shipping and high temperature industrial processes. Let’s identify where hydrogen is to be used from comparative, sustainable people, profit and planet evidence and not from hype.

The UK government is soon to publish its Hydrogen Strategy and I hope the politicians involved have sufficient knowledge to balance the evidence-weak hydrogen position pushed by organisations with something to gain. I hope they also realise that what is good for big business may not be in the best interest of the consumer.