Why green hydrogen — but not grey — could help solve climate change 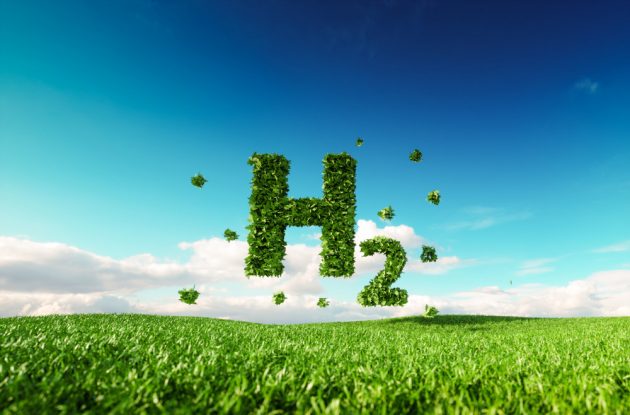 What if you could drive your car for 1,000 kilometres on a single tank of fuel and with zero emissions? That is just one example of what is possible in a hydrogen economy.

After decades of development, hydrogen and renewable electricity are poised to revolutionize the global energy system, enabling climate-friendly solutions. When combined with digital technologies, they will trigger economic growth as transportation, telecommunications and civil infrastructures become smart and interconnected.

In a post-pandemic world, several countries have included hydrogen fuel in their national recovery strategies. Canada and the United Kingdom have incorporated net-zero targets and disclosures to climate risk into national legislation. By identifying hydrogen’s role explicitly, the world is creating an international market for related zero-carbon solutions.

I have worked on hydrogen energy systems since 1993, and I have never seen such rapid changes in hydrogen policy, markets and technologies.

Hydrogen is a zero-carbon fuel, and it comes in three basic colours: grey, blue and green.

Green hydrogen is more expensive to produce, but it can be manufactured with zero emissions using renewable electricity to split water into oxygen and hydrogen. Globally, less than two per cent of hydrogen is produced this way.

Many other colours have been added to the palette, but the focus on colour is a distraction. What really matters is the carbon intensity of the production process — that is, the tonnes of carbon produced for each tonne of hydrogen.

Hydrogen can be burned like any other fuel in cars, ships and airplanes, but because it does not contain carbon, it will not produce CO2 emissions. More importantly, it can also power fuel cells that convert hydrogen into clean electricity directly. This feature will trigger a revolution in portable, urban and autonomous power over long distances.

Challenges to widespread hydrogen adoption include the lack of a refuelling and distribution infrastructure, embryonic and evolving safety standards, and high costs. Most of these challenges are being addressed as the number and scale of demonstration projects increases.

The Hydrogen Council, a global industry group, estimates that by 2050 hydrogen will represent 18 per cent of the energy delivered to end users, avoid six gigatonnes of carbon emissions annually, enable US$2.5 trillion in annual sales and create 30 million jobs globally.

This month, British Columbia announced it would be the first province in Canada to introduce a hydrogen strategy to reduce emissions and create jobs. Other, similar strategies already exist elsewhere in the world. Canada may be late to the game, but it still has a chance to become a hydrogen powerhouse.

In the wake of a 750-billion euro recovery plan, the European Commission unveiled “A hydrogen strategy for a climate-neutral Europe.” Its investments in water electrolysis alone could be 24 billion to 42 billion euros by 2030. Hydrogen was also the focus of the first Energy Earthshot announced in June by the U.S. Department of Energy, and national hydrogen strategies have been developed by Japan, Germany, South Korea and Australia.

Canada unveiled its Hydrogen Strategy in December 2020. The government says that the clean fuel sector could be worth $50 billion, create 350,000 green jobs and help Canada reach its net-zero targets by 2050. In June, Canada launched a $1.5-billion Clean Fuels Fund to increase domestic capacity to produce low-carbon fuels, including hydrogen.

In March, Canada and Germany signed a co-operation agreement to explore hydrogen development. Germany’s nine-billion euro hydrogen strategy estimates that it will import 80 per cent of the hydrogen it requires.

Beyond guilt-free driving, hydrogen may enable Canada to respond to the global demand for solutions as the world embarks on a transformational energy transition.

Canada could become a leading blue and green hydrogen exporter.

Our country has been a global leader in hydrogen technologies for more than a century. Commercial products based on these technologies are running cars, buses and trains around the world.

Canada is the world’s fourth-largest producer of hydro power and Ontario hosts one of the largest operating nuclear plants in the world. Both sources of zero-carbon electricity can enable green hydrogen production. Canada also has the right geology for large-scale carbon sequestration to transform grey hydrogen into blue.

Like the national hydrogen strategies unveiled by Germany, Japan and South Korea, these initiatives are creating an international market for hydrogen — especially green hydrogen. Many countries including Chile, Australia and Saudi Arabia are reacting to satisfy the predicted demand.

Steps in the right direction

Informed by a similar measure in the United States, the tax credit will explicitly “support hydrogen production.” A public consultation is open until Sept. 7, providing an opportunity to refine and harmonize the role of hydrogen in Canada’s energy transition.

Beyond powering clean cars, the links between hydrogen and renewable electricity can decarbonize seasonal energy storage, steel manufacturing, urban and industrial heating and aviation. Such links will trigger a revolution in the digital technologies required to monitor, control, trace and certify smart and sustainable energy systems.

By leading the way in hydrogen and digital technologies, Canada has a golden opportunity to pivot from a resource economy to a low-carbon economy in a single generation.