Where is your seafood really from? We’re using ‘chemical fingerprinting’ to fight seafood fraud and illegal fishing

Seafood fraud allows this kind of fishing to flourish as illegal products are laundered through legitimate supply chains. 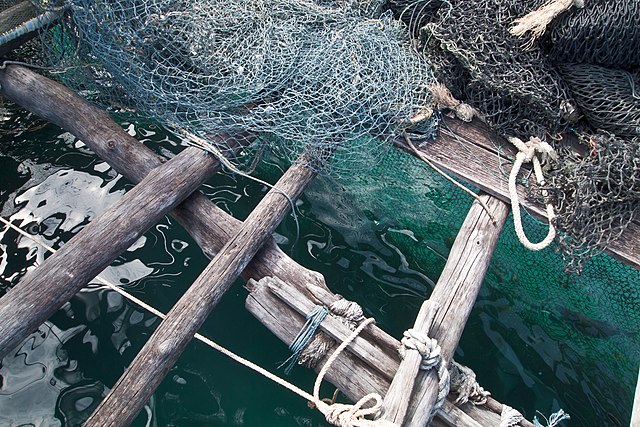 Fake foods are invading our supermarkets, as foods we love are substituted or adulterated with lower value or unethical goods.

Food fraud threatens human health but is also bad news for industry and sustainable food production. Seafood is one of most traded food products in the world and reliant on convoluted supply chains that leave the the door wide open for seafood fraud.

Our new study, published in the journal Fish and Fisheries, showcases a new approach for determining the provenance or “origin” of many seafood species.

By identifying provenance, we can detect fraud and empower authorities and businesses to stop it. This makes it more likely that the food you buy is, in fact, the food you truly want to eat.

Wild-caught seafood is vulnerable to illegal, unreported, and unregulated fishing.

Illegal, unreported, and unregulated fishing can have a devastating impact on the marine environment because:

So how is illegal, unreported, and unregulated fishing connected to seafood fraud?

Seafood fraud allows this kind of fishing to flourish as illegal products are laundered through legitimate supply chains.

A recent study in the United States found when seafood is mislabelled, it is more likely to be substituted for a product from less healthy fisheries with management policies that are less likely to reduce the environmental impacts of fishing.

One review of mislabelled seafood in the US found that out of 180 substituted species, 25 were considered threatened, endangered, or critically endangered by the International Union for Conservation of Nature and Natural Resources (IUCN).

Illegal fishing and seafood fraud also has a human cost. It can:

The chemical fingerprints in shells and bones

A vast range of marine animals are harvested for food every year, including fish, molluscs, crustaceans, and echinoderms.

However, traditional food provenance methods are typically designed to identify one species at a time.

That might benefit the species and industry in question, but it is expensive and time consuming. As such, current methods are restricted to a relatively small number of species.

In our study, we described a broader, universal method to identify provenance and detect fraud.

How? We harnessed natural chemical markers imprinted in the shells and bones of marine animals. These markers reflect an animal’s environment and can identify where they are from.

We focused on a chemical marker that is similar across many different marine animals. This specific chemical marker, known as “oxygen isotopes”, is determined by ocean composition and temperature rather than an animal’s biology.

After rigorous testing, we demonstrated this global map (or “isoscape”) can be used to correctly identify the origins of a wide range of marine animals living in different latitudes.

For example, we saw up to 90% success in classifying fish, cephalopods, and shellfish between the tropical waters of Southeast Asia and the cooler waters of southern Australia.

Oxygen isotopes, as a universal marker, worked well on a range of animals collected from different latitudes and across broad geographic areas.

Our next step is to integrate oxygen isotopes with other universal chemical markers to gives clues on longitude and refine our approach.

Working out the provenance of seafood is a large and complex challenge. No single approach is a silver bullet for all species, fisheries or industries.

But our approach represents a step towards a more inclusive, global system for validating seafood provenance and fighting seafood fraud.

Hopefully, this will mean ensure fewer marine species are left behind and more consumer confidence in the products we buy.