What’s in a name? When it comes to human fossils, it’s complicated

When it comes to human ancestors, species names can carry emotional and political baggage, which the rules don’t easily account for. 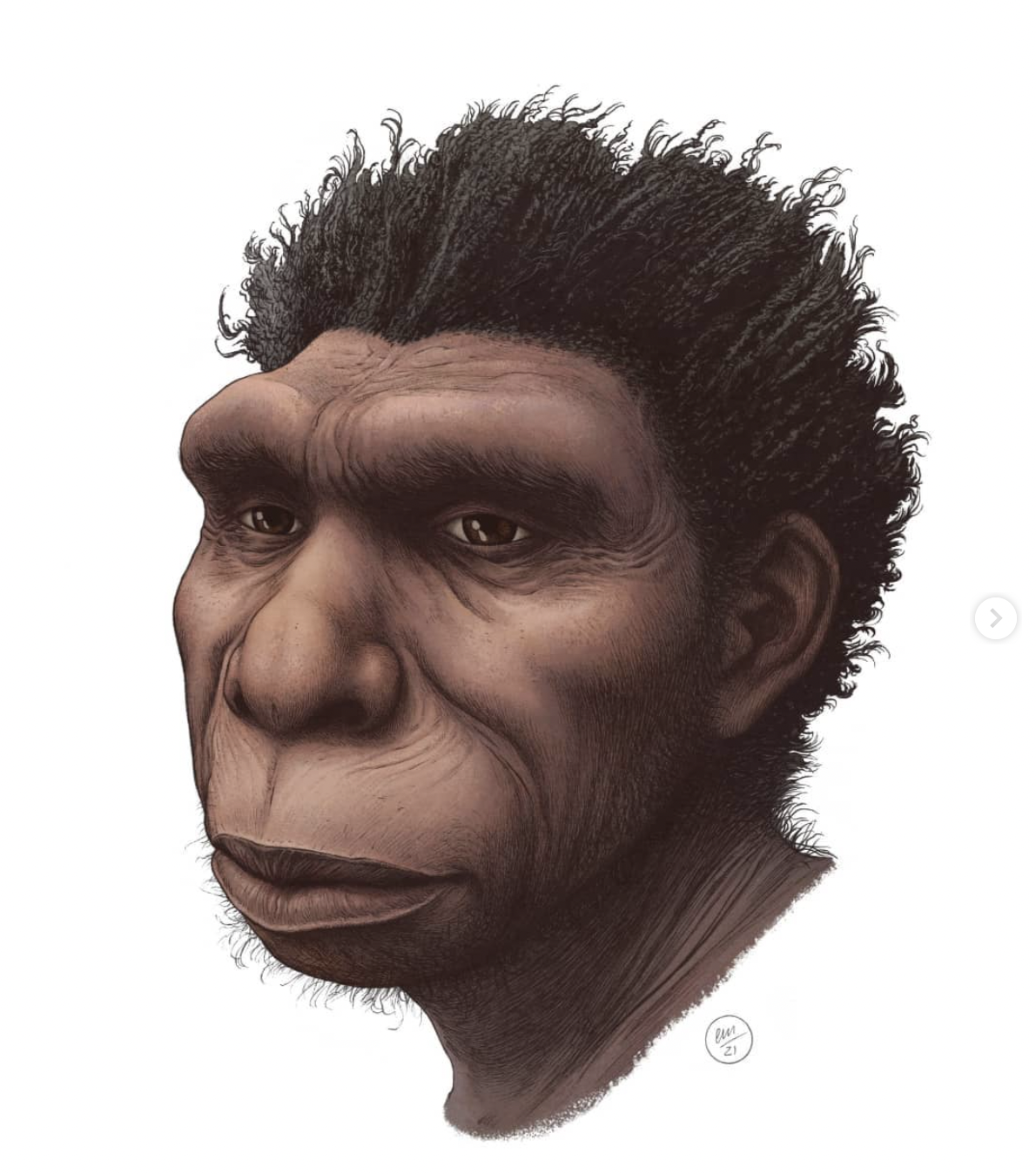 from ettore.mazza on Instagram. Image is a sketch attempting the reconstruction of Homobodoensis.

Homo bodoensis is the new name given to a human ancestor who lived half a million years ago in Africa. The species is named after a skull from Bodo D’ar, Ethiopia.

The finding was made nearly 50 years ago, and it has been described by several different names over the decades. The new name is the result of a new reassessment of the fossil record. Species names are frequently revised thanks to the complicated nature of biological diversity and the rules constructed to categorize it. But when it comes to human ancestors, species names can carry emotional and political baggage, which the rules don’t easily account for.

Around 100,000 years ago, towards the later part of the Pleistocene epoch, modern humans shared the planet with several other human species. These included our closest relatives, the Neanderthals and Denisovans. We all evolved from a distant relative called Homo erectus, and our lineages diverged about 800,000 years ago, in the Early Pleistocene.

The intervening time period — known as the Middle Pleistocene or Chibanian Age — is particularly important because this is when our species, Homo sapiens, emerged.

Unfortunately, the human fossil record from the Chibanian is sparse and poorly understood — a problem paleoanthropologists refer to as “the muddle in the Middle.”

There are several human species named from this period, but since the 1980s, paleoanthropologists have tended to lump most of these fossils under one name, Homo heidelbergensis. This practice simplified things, but it obscured our understanding of variability in these humans. Many paleoanthropologists agree that it is high time to tackle this head-on.

Species don’t clearly exist in nature: they’re a scientific construct. This might sound surprising — after all, dogs are dogs and cats are cats. But the closer we look into the details, the more problems emerge.

For example, how do we divide species over evolutionary time? Evolution can occur gradually by imperceptible increments, seamlessly transitioning from one “species” to the next. The boundaries between these “chronospecies” are inherently arbitrary so taxonomists — biologists whose work involves identifying and categorizing organisms — create rules to help divide living things into species when no natural boundaries exist.

The objective criteria of this concept have made it very appealing to analytically minded scientists. But the biological species concept isn’t perfect. Notably, it only works for sexually reproducing organisms, which excludes the majority of species, including bacteria and viruses. It’s also not very helpful in paleontology, since we can’t really crossbreed extinct animals to see if they were interfertile.

Over 30 other species concepts have been proposed, which try to account for these shortcomings. But if species are not natural categories, it probably isn’t possible to create a single concept that applies to every possible scenario. Species concepts are scientific tools, and the best one depends on the questions being asked.

Naming species is a whole other issue. It can often be difficult to decide if a new fossil represents a new species or just individual variation within an existing species. The fossil record is constantly being reassessed: different species are combined into one or one species gets divided into two. This can lead to a lot of confusion over species names — different scientists may use the same names to describe different species and vice versa.

The International Commission on Zoological Nomenclature was established to help mitigate this confusion. The ICZN publishes guidelines for animal names with the goal of promoting clarity and stability in scientific communication. One of the most important ICZN rules states that if there is a conflict between the validity of two or more names, the oldest established name has priority.

This is why, as children, many of us were disappointed to learn that Brontosaurus never existed: several fossils were reassessed and combined into one species, and Apatosaurus had priority. But the same approach resurrected Brontosaurus after another reassessment in 2015.

This brings us back to Homo bodoensis. Under the biological species concept, the new name is moot since we know that modern humans, Neanderthals and Denisovans all interbred. The claim that all these groups belong to a single species, Homo sapiens, is valid … from a certain point of view.

But a more pragmatic approach that defines species based on distinctive physical traits can serve us better here. From this perspective, all of the Chibanian fossils which share Neanderthal traits get reassigned to Homo neanderthalensis. This includes the fossil for which Homo heidelbergensis was named — according to the ICZN, that name becomes obsolete.

The remaining Chibanian humans in Africa and parts of Eurasia, which are ancestral to modern humans, but lack specific modern human traits, become a new species.

What should this species be named? The ICZN is unambiguous about this: the name Homo rhodesiensis has priority, since it was given to a human skull found in Zambia in 1921, although the species was poorly described at the time.

However, the name refers to the former British colony of Rhodesia and its namesake, imperialist mining magnate Cecil Rhodes. This name should be unpalatable to a scientific community interested in decolonization, but the ICZN has made it clear that it will not make provisions to allow name changes based on perceived offensiveness.

But the ICZN only maintains authority by convention — we respect it because we agree that it works. Researchers and publishers can make their own decisions about which names to accept and which to reject. Homo bodoensis represents a new option in this regard.

In the end, it’s important not to lose sight of the forest for the trees. Species names are meant to help us understand nature, and when they start to get in the way of that goal it’s time to rethink them. Homo bodoensis may be just a name, but the names we use influence the way we perceive the world. And rules or no rules, the best names are the ones that scientists use clearly and consistently.