What will COVID-19 look like to geologists in the far future?

How does COVID-19 measure up on the grand billion-year scale of Earth history? 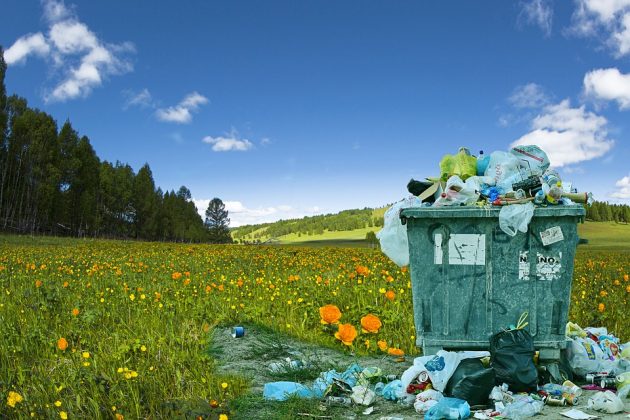 COVID-19 is a major global shock that has turned our lives upside down, but how does it measure up on the grand billion-year scale of Earth history? The answer puts our human dramas in the largest perspective – and may yet be critical to all our futures.

The pandemic won’t leave a direct record of the viruses for geologists of the far future to investigate, as viruses don’t fossilize. And it may be hard to pick out a clear fossil record of the victims too, as they could be difficult to distinguish among other causes of death.

There will be indirect signals such as some specific “technofossils” that are spiking in abundance. For instance many billions of disposable face masks and gloves are already showing up in litter globally and are now working their way into the geological cycle. They are plastics-based, durable and so easily fossilized.

Their fossilization can take different forms. Relatively intact gloves and masks may accumulate in river-beds or at the bottom of lakes. Over time, they will be covered by more sediment and will become fossilised in newly-formed rocks.

Other masks and gloves will be carried into the oceans and some will be washed to distant shores, as the rise of PPE found during beach clean-ups is already showing. Others will follow currents to add to mid-ocean “plastic islands” where many will degrade, fragment and slowly sink, adding to the countless billions of microplastic fragments drifting down into deep sea muds.

For our lifetimes, and many generations into the future, this will be a huge environmental problem that adds to the millions of kinds of technofossils we already produce. In the far future, it increases the chances of the events of 2020 being picked up in a fossil signal by some sharp-eyed palaeontologist.

Plastic pollution is up, but carbon emissions are currently down. This reduction might be seen in the fossil record of atmospheric CO₂ in polar ice layers. But, so far this reduction is tiny. A decrease in other greenhouse gases such as nitrous oxide, whose emissions have also taken a hit, might help to strengthen this fossil signal. The air has been cleaner, too, and so lake sediments may briefly include fewer fossil smoke particles.

The drop in emissions has also had a positive impact on the oceans. With globalized trade, invaders such as the zebra mussel have rapidly dispersed to all corners of the planet in recent years by hitching a ride in the ballast water of ships: novel species assemblages have been created, forming the flora and fauna of the Anthropocene. These are here to stay, but COVID-related reductions in fishing and ship-borne trade may be slightly reducing this paleontological signal, by slowing the introduction of new invasive species between the harbours of the world.

All this evidence of slowdown will be subtle. If there’s economic rebound, as the International Monetary Fund predicts, this will drown out any such evidence of the temporary reductions. And it could get worse. Legislation associated with a “Build, Build, Build” scheme in the UK that cuts protections for wildlife, could put protected animals like the great crested newt – a drag on the economy according to prime minister Boris Johnson – at risk. That would be a poignant marker of the fallout from COVID-19 as governments globally attempt to increase production. Removal of “green tape” in infrastructure projects to boost the economy would likely see the quicker demise of more threatened species, too, to hasten the mass extinction event currently under way.

But the real geological effect will be if the pandemic acts as a catalyst to change society’s planetary impact, such as by decarbonising industry across the world. The philosopher Bruno Latour has said that a key lesson of the pandemic is that the global economic machine can be brought to a screeching halt. For former head of the UN climate convention Christiana Figueras, the recovery can be used to reshape industry and cut emissions, rather than just return to business as usual. If Green New Deal policies are implemented then the faint, hopeful geological signals may shift from transient to permanent.

What would these signals look like, once petrified? If greenhouse gas emissions continue to reduce through climate-friendly policies, climate stabilisation would be recorded not just in ice and lake cores but in corals, tree rings and stalagmites worldwide. Investing in ecosystem resilience and restoration projects would be economically beneficial, and also increase both social justice and the diversity of plants and animals whose bones, shells and pollen end up in sediment layers. Developing the circular economy in response to this economic recession could slow, and eventually halt, the flood of single-use plastic waste, too.

The acid test of that will be in the rock strata that will form from now on – either they will show signs that the accelerating trends of the Anthropocene carried on, or they will show a deflection away from a potential “Hothouse Earth” and towards some kind of new stability.

The future is not yet set in stone, but in the very long run the rocks will tell the story of which road we collectively take.

These ideas were generated from a thought experiment among members of the University of Leicester`s Centre for Palaeobiology Research.