What are ‘ghost guns,’ a target of Biden’s anti-crime effort? 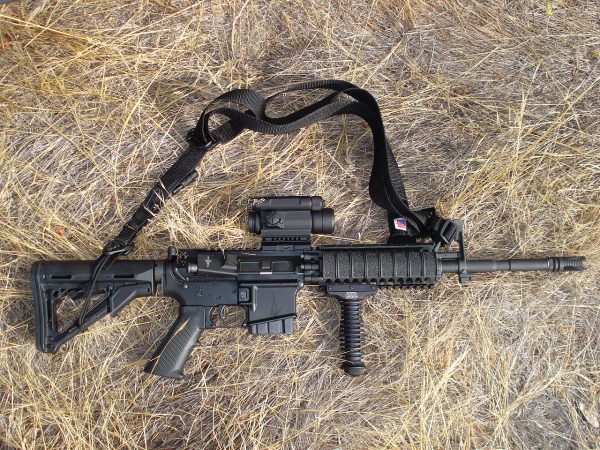 This version of the AR-15 is dubbed a “modern sporting rifle” in the U.S.; it is a copy of the M4 assault rifle used by the U.S. military and special forces.

It’s not expensive or difficult to produce large numbers of untraceable firearms in the United States. Whether for private use, sale on the criminal market or arming violent extremists, it’s actually startlingly cheap and easy to mass-produce firearms that police can’t track – what are often called “ghost guns.”

For just over US$2,000 I can buy a machine – not much bigger than a desktop laser printer – that will do the trick. If I’m feeling handy, I can get it done with just simple power tools.

A person producing a single “ghost gun” for their own personal use may not rise to the level of official concern – but the undetected mass production of untraceable weapons makes it much more difficult to map and disrupt the illicit markets that supply guns for use in crime.

Federal law does not require privately made firearms to have serial numbers or other identifiers, which makes it impossible to trace transfers of ownership – to “follow the guns” – when they have been used in crimes. They have no history and come from nowhere.

Federal firearms laws and regulations have over time developed a loophole through which these ghost guns can fit easily. Every firearm has a component, sometimes called a “frame” but also called a “receiver,” which is the keystone element to which other parts are attached.

Finished frames and receivers are considered to be firearms under federal law. To be sold, they must have identifying marks and serial numbers, and sellers must keep records of who bought which weapons. If the firearm is used in a crime, police can investigate current and previous owners to see if they might be involved.

But nearly finished receivers are considered nothing more than pieces of metal or plastic. These items are often called “80 percenters” because most but not all of the work has been done to make the piece of metal or plastic into a working receiver. They are available for purchase without a license, background check or other protections put in place for firearms purchases – and cost as little as $50 to $75 apiece, with volume discounts available.

The work needed to turn an “80 percenter” into a fully functional frame or receiver takes about half an hour. All the other parts, such as a stock to support the firearm and a barrel through which bullets are fired, are freely available without regulation, and are easily attached to the receiver during manufacturing of a weapon.

There is no estimate of the number of fully functional ghost guns in circulation – how could there be? – but the Bureau of Alcohol, Tobacco, Firearms and Explosives disclosed in May 2021 that nearly 24,000 had been recovered by law enforcement agencies in the past five years. That’s a small but meaningful proportion of total firearms recoveries. The ATF has said in a series of data reports that in 2019 it “traced and recovered” between 250,000 and 350,000 firearms.

CBS’s “60 Minutes” reported in May 2020 that 38 states had identified criminal cases involving ghost guns; they had been used in at least four mass shootings. A Florida man has been convicted of making more than 200 ghost guns, mostly AR-15 type rifles.

Some ghost gun crimes involve domestic terrorism. In mid-2020, an adherent of the violent extremist “boogaloo movement” – an active-duty Air Force sergeant – was charged with the murder of two law enforcement officers and the attempted murder of a third. At least one of the killings, and possibly all three shootings, involved a ghost machine gun.

In October 2020, more than a dozen men were arrested for plotting to kidnap Michigan Governor Gretchen Whitmer. They were allegedly participants in the boogaloo and militia movements, and police said they had ghost guns.

Fixes are in the making. Several states have taken preliminary steps to restrict ghost guns, and in May the Department of Justice proposed new rules and regulations that would make it much more difficult to manufacture and distribute firearms clandestinely. Public comments on the proposal may be submitted until Aug. 19, 2021.