We eavesdropped on some Canadian lynx: What we heard was surprising

The secret lives of lynx are revealed through audio recordings 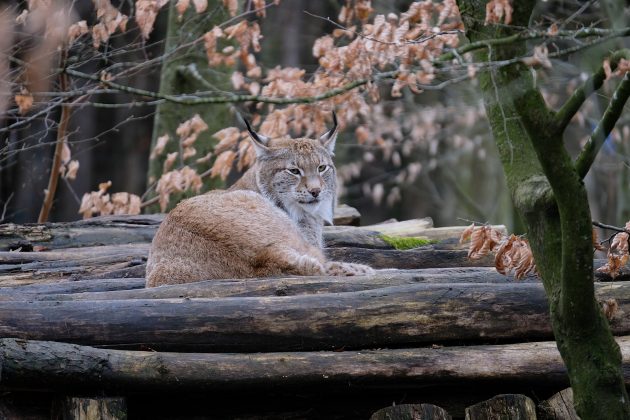 Wildlife ecologists study what drives animal behaviour, and trying to figure it out is tricky. Not only are ecosystems incredibly complex, behaviours are driven by various internal and external factors and the simple observation of behaviour is an eternal problem.

As wildlife ecologists, we know that when we observe wildlife, we cannot know what effect our presence has on the behaviour of our subject — not to mention the difficulties of observing animals in the wild, including those which roam across vast forested landscapes. So we must resort to sneakier ways.

In a recently published research study, we unlocked a new and effective way to monitor the behaviour of one of the most elusive predators in the boreal forest: the Canada lynx. Although GPS tracking of wildlife is not new, it is typically only used to monitor movement behaviour of wildlife.

In our case, we wanted to delve deeper into the secret lives of this mysterious cat and record their soundscapes. After multiple failed attempts and some clever solutions, we figured out how to safely attach a small microphone to our lynx collars — and it opened a whole new world.

Much to our excitement, these recorders were very effective at capturing the behaviour of the lynx: “cats being cats” (grooming, sleeping); social behaviour (aggressive interactions, purring, long-distance social calls); and hunting behaviour (chases, kills, feeding).

Over the five years of our study in the Yukon’s Kluane region, we collected over 14,000 hours of audio recordings from 26 individual lynx. After using various methods of data processing, we were able to identify kills by Canada lynx with 87 per cent accuracy — an impressive feat.

Previously, to know that a single kill had been made often required a full day of intensive snowshoeing and tracking during the short winter days in the Yukon. But by recording multiple lynx, we could collect information 24 hours a day, while we warmed our feet by a wood stove in a rustic cabin.

In addition to audio recorders, we also attached accelerometers – small devices that measure activity over time like you would find in a FitBit. Together with GPS tracking devices, these “biologging technologies” provide unprecedented insight into the complex behaviours of these cats.

Of particular interest to us is hunting behaviour.

But the story may be more complex: lynx switch to alternate prey — like red squirrels — when hares are not available. Our custom-built collars are helping to understand when this switch may happen, as well as whether individual lynx respond differently to declining numbers of snowshoe hare.

Intriguingly, we also noticed much more social behaviour than we originally expected. Lynx are known as solitary animals that live and hunt on their own for most of the year. But many of our collared lynx, especially adult females, appeared to interact extensively with each other in groups of two to three: sleeping, grooming, travelling and even hunting side-by-side.

Although our collars revealed this surprisingly social behaviour, it seems that lynx don’t share food: after a kill, we would often hear lots of growling and snarling as if to ward off feeding attempts by other lynx. So, does this social behaviour influence their ability to find and kill prey? This is one of the many new questions we have about lynx behaviour as we continue to delve into the lives of these amazing boreal predators.