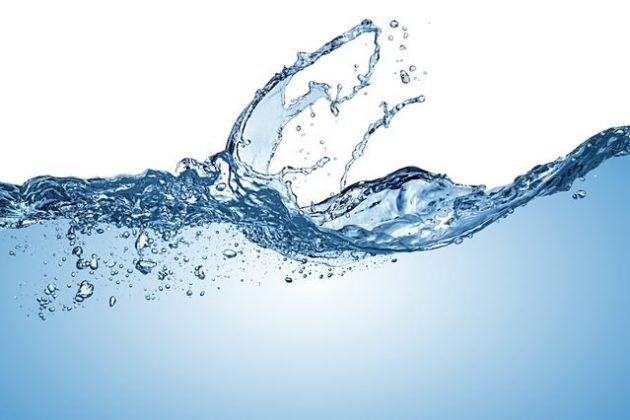 In October, more than 250 members of the Neskantaga First Nation were evacuated to Thunder Bay after an oily sheen was found on their reservoir. The discovery left the community, located in northern Ontario, without access to running water.

The evacuation drew attention to the federal government’s 2015 commitment to end all on reserve long-term drinking water advisories (in place for more than one year) by March 31, 2021. Neskantaga has been living under a boil-water advisory for 26 years.

The focus on eliminating long-term on-reserve drinking-water advisories diverts attention from the equally devastating impacts of short-term advisories, lack of running water, as well as the anticipated effects of climate change on drinking water quality.

As a former advisor on water quality and infrastructure for a federal department, I now research barriers that keep First Nations communities from accessing safe wate. That a new hazard forced Neskantaga’s evacuation while engineers are addressing historic ones underscores the need to examine drinking-water risks holistically.

What are drinking water advisories?

Authorities issue notifications to the public when its drinking water supply has potential or real health risks. They caution people to boil the water, not to consume it or not to use it. As of Feb. 15, there were 61 long-term drinking water advisories in place in First Nations communities located south of 60 degrees north.

Although the terms drinking water advisory and boil-water advisory are sometimes used interchangeably, they point to different types of contaminants. Boiling is effective for removing bacteria, viruses and parasites, but not for removing toxic metals, for example.

Emergency advisories are issued when there is a confirmed water quality risk, and precautionary advisories signal a technical problem that could make the water unsafe. Both cause socio-economic disruptions.

First Nations advisories are predominantly precautionary — making up more than 90 per cent of Ontario advisories — meaning the majority are about operations and maintenance challenges, not an indicator of clean water as such.

What is clean water?

Different jurisdictions have different standards. Health Canada issues Guidelines for Canadian Drinking Water Quality, yet provinces and territories can set their own. This means that water considered acceptable on reserve may not be acceptable off reserve.

Perception, too, defines what is clean water. The smell and taste of chlorine, cultural beliefs and lack of trust in the water system has some community members choosing to use untreated, running water. Even when there isn’t an advisory in effect, people may still be at risk of illness by avoiding tap water or drinking less water than they should.

Advisories don’t reflect the status of the “disconnected.” Statistics track centralized water systems, but not all homes are connected because communities often can’t afford to lay the pipes. As a consequence, many households rely on standpipes, water trucks, buckets and cisterns — all at risk of contamination. This means that even when there isn’t an advisory in effect some community members may still experience water insecurity.

The government’s focus on long-term advisories detracts from the broader impacts that a lack of clean, safe running water has on people.

Buying water because what’s coming from the tap isn’t fit to drink or wash with costs money that might have otherwise been used for food. Evacuations separate families and friends.

The government quantifies water advisories, but not their effects on mental, physical and spiritual health, educational success and cultural continuity. Yet these factors can lead “stamina, endurance, tolerance and resiliency [to be] stretched beyond human limits,” the Office of the Chief Coroner of Ontario wrote in its report on the children and youth who died by suicide in the Pikangikum First Nation between January 2006 and December 2008.

Communication about solutions is typically framed around technological fixes. Researchers surveying Canadian news articles from 2000 to 2015 found that “most stories focused on government responses to water-related issues, and less often covered preventative measures such as source water protection.”

First Nations water advisories are about much more. Root causes are found in colonialism and the forced relocation of many communities to areas where resource extraction puts stress on drinking water sources. The reasons behind advisories range from lack of trained staff and funding to difficulties obtaining replacement parts due to remoteness.

The children and youth of the Neskantaga First Nation are asking when they can go home again. They have been displaced from their community, and are owed a commitment from the government to long-term goals above and beyond what drinking water advisories measure.

International infrastructure scholarship and Canadian water researchers advocate the adoption of values beyond merely health and safety. Integrating understandings about what communities need from their social, economic, natural and built environments with Indigenous planning principles could smooth Canada’s path toward reconciliation and “grow the circle of wellness.”